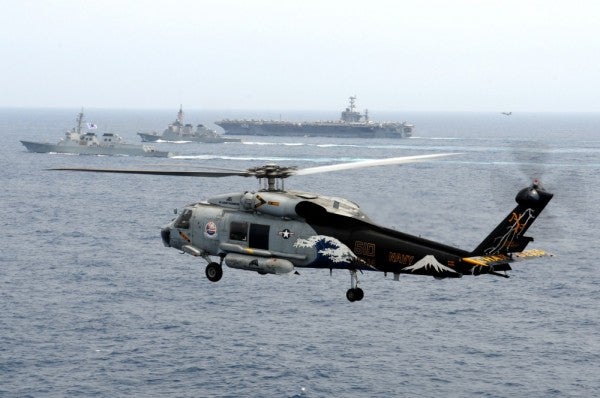 TOKYO (Reuters) – The U.S. military will help Japan monitor “unprecedented” Chinese incursions around East China Sea islands controlled by Tokyo but claimed by Beijing as Chinese boats prepare to begin fishing in nearby waters, the commander of U.S. Forces Japan said on Wednesday.

“The United States is 100 percent absolutely steadfast in its commitment to help the government of Japan with the situation,” Lieutenant General Kevin Schneider said during an online press conference.

“They (Chinese ships) would go in and out a couple of times a month and now we are seeing them basically park and truly challenge Japan's administration,” he added.

Schneider's comments come as he and other senior U.S. commanders criticize Beijing for pushing territorial claims in Asia amid the coronavirus pandemic and a sharp deterioration in relations between the United States and China.

In the latest spat, Beijing this week closed down the U.S. consulate in the southwestern city of Chengdu after Washington shuttered China's consulate in Houston, Texas.

China reacted within an hour to the comments from Schneider, who also described Beijing's actions as “aggressive and malign”. The foreign ministry said the islands were Chinese territory and called on “all parties to uphold stability in the region”.

The dispute over the East China Sea islands, known as the Senkaku in Japan and the Diaoyu in China, has simmered for years. Washington is neutral on the question of sovereignty, but has pledged to help Japan defend them against attack.

Beijing will likely end a fishing ban in the East China Sea around Aug 15, allowing a large trawler fleet backed by a maritime militia, the Chinese coast guard and the Chinese navy to fish around the disputed islands, Schneider said.

Japan hosts the biggest concentration of U.S. forces in Asia, including an aircraft carrier strike group, fighter squadrons and an amphibious force deployed in Okinawa. There are about 50,000 military personnel and their families members in Japan.

Those troops are operating under restrictions, including curbs on travel and large gatherings following coronavirus outbreaks at some bases, including U.S. Marine facilities in Okinawa, where many local residents are unhappy about the U.S. military presence.

Schneider said there were 139 active coronavirus cases on Wednesday and in a statement with the Japanese government promised to publish a list of cases twice a week to reassure Japanese residents.