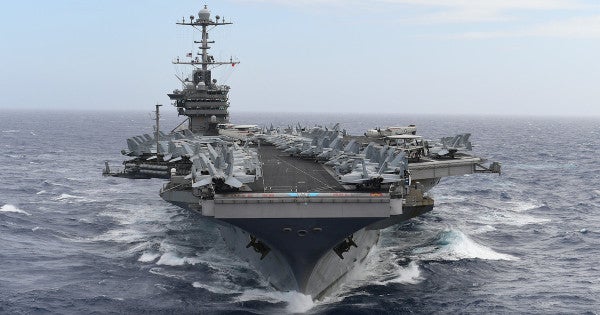 The U.S. military is putting its ability to protect the homeland from enemy bomber aircraft to the test in a major, first-of-its-kind exercise in the Atlantic from May 28 to May 31, US Northern Command announced Friday.

On offense, a number of US Strategic Command (STRATCOM) supersonic B-1B Lancer long-range strategic bombers will simulate adversary aircraft trying to break through US defenses and penetrate US airspace.

The fighters participating in the exercise will be supported by KC-135 Stratotankers from U.S. Transportation Command (TRANSCOM). The alert tankers are, like NORAD fighters, always on standby to respond to a potential threat.

U.S. Space Command (SPACECOM) will be providing GPS and communications support throughout the mock engagement.

The B-1B bombers participating in this large-scale exercise are returning to the US from one of several recent bomber operations in Europe, and the aircraft carrier USS Harry S. Truman and its escort ships have been stuck at sea due to concerns over the coronavirus.

With these strategic assets already in place, military leaders saw this as an opportunity to conduct a joint exercise aimed at strengthening the joint force and increasing interoperability.

“The high-end training we are conducting enables integration between strategic-level organizations who all play a significant role in the most important mission for our nation — defending our homeland,” he added.