U.S. Forces Korea is warning service members on the peninsula to stay alert to potential insider threats after North Korean... 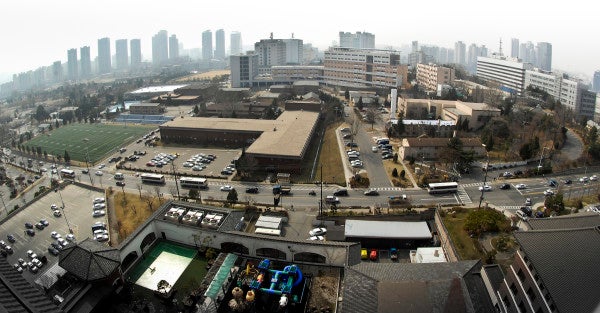 The 8th Army reported that propaganda leaflets were discovered at Seoul’s Yongsan Garrison Thursday, shortly after a North Korean soldier defected across the heavily fortified border just north of the South Korean capital.

In an alert posted later that day on USFK’s Facebook page, officials said a significant number of North Korean propaganda leaflets and CDs had been placed at strategic locations on multiple U.S. military installations in South Korea.

This alert posted on the official 8th Army Facebook page on Thursday, Dec. 21, 2017, warns servicemembers to watch out for insider threats after North Korean propaganda leaflets were found on U.S. military bases in South Korea.Facebook image

“Given the number of foreign nationals with access to our military installations via employment, sponsorship and partnership programs, the potential for insider threats is always a reality,” the alert said. “It is essential for our personnel to report all and suspicious individuals to the appropriate authorities to help mitigate potential threats.”

Propaganda is used to persuade or influence people’s attitude, beliefs and behaviors and those distributing it seek to disrupt operations and degrade readiness, the alert added.

It also warned personnel not to post propaganda on social media and beware of unfamiliar CDs that may contain malware or viruses.