"These recent activities ... do not reflect USFK's commitment to mitigating the spread of COVID-19." 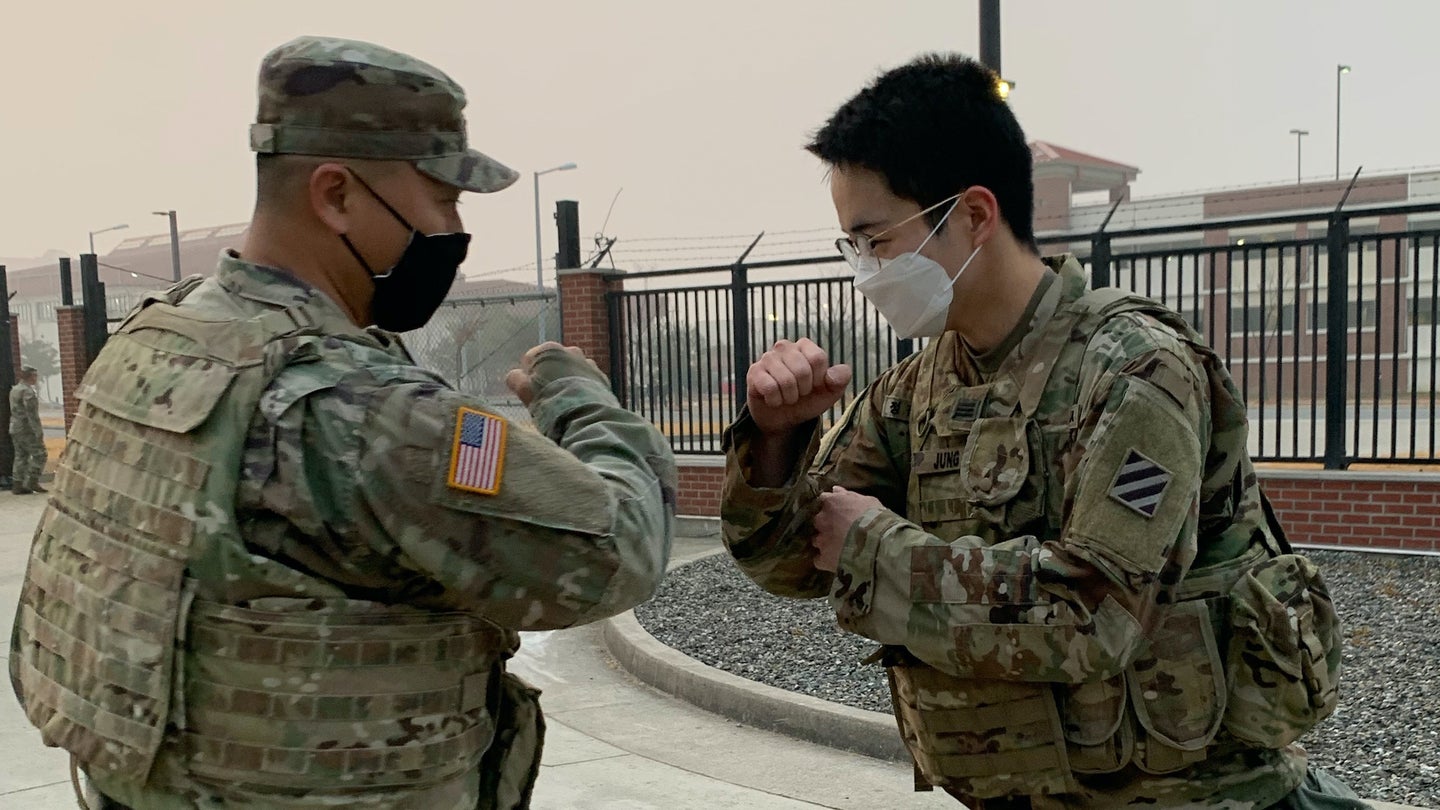 U.S. military leaders stationed in South Korea on Wednesday apologized for the “poor judgment” of troops who attended a pair of dance parties without wearing masks.

The parties were held at the recreational centers at Camp Humphreys and Osan Air Base in Pyeongtaek, according to South Korean media reports. Dozens of people were reportedly seen dancing in close proximity with one another, without wearing masks.

The South Korean government pressed their U.S. counterparts for an explanation, to which the command in charge of U.S. troops responded with a statement.

USFK added that both recreation centers have been closed until further notice.

Other incidents involving U.S. troops who broke COVID-19 restrictions have occurred this year. In April, three junior US Army soldiers stationed in Camp Humphreys were docked pay and demoted to the lowest enlisted rank after they were caught sneaking off to a bar and illegally returning to their base.

The three soldiers were all demoted, forfeited $866 per month for two months, placed under restrictions for 45 days, and received 45 days of extra duty.

News of the dance party comes as South Korea experiences an uptick in the number of coronavirus cases. Although the country was heralded for containing the spread earlier this year, it reported over 600 new positive cases this week, bringing the country’s total to roughly 38,755, according to Yonhap News.