A U.S. military policy that blocks HIV-positive service members from being commissioned as officers has “no rational basis,” a federal judge said in declining to throw out claims brought by graduates of the Air Force and Navy academies 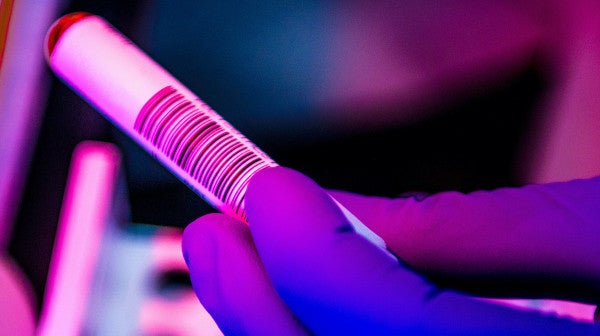 A U.S. military policy that blocks HIV-positive service members from being commissioned as officers has “no rational basis,” a federal judge said in declining to throw out claims brought by graduates of the Air Force and Navy academies.

Five of the 10 claims in the lawsuit, including equal protection under the Constitution, survived the government’s motion to dismiss the case in a ruling Wednesday by U.S. District Judge Richard D. Bennett in Baltimore. The ruling allows the suit to proceed toward a possible landmark trial.

“There is simply no basis to hold that officers must be free from HIV even if they are physically capable of service and would otherwise be able to deploy,” Bennett wrote. “The military’s policy of withholding officer commissions from HIV-positive service members renders those service members second-class citizens. That is precisely what the equal protection clause forbids.”

The Defense Department didn’t immediately respond to a message seeking comment on the ruling.

The suit was brought by U.S. Naval Academy graduate Kevin Deese and an Air Force Academy graduate who is participating under a pseudonym. They’re represented by the LGBTQ advocacy group Lambda Legal.

Deese said in an interview that he’s glad he’ll get his day in court.

“Some of the bravest, strongest and smartest people I have ever met live with HIV, and our armed forces deserve to benefit fully from their resiliency and commitment to service, rather than being held back by outdated and prejudicial policies,” he said. “There is not a job in the world that a person living with HIV can’t do.”

The case is one of three challenging the military’s policies on HIV, the virus that causes AIDS, including a rule that blocks HIV-positive Americans from enlisting. Active-duty personnel who contract the virus are prohibited from becoming officers or deploying, significantly limiting their career opportunities.

The policies are contradictory, the judge said, because while Defense Department rules bar academy cadets from being discharged immediately after contracting HIV, Air Force and Navy policies prevent them from being commissioned once they graduate, effectively forcing their discharge from the armed services.

“Both plaintiffs were exemplary military service academy graduates who, save for their HIV status, would have received commissions with the rest of their graduating class,” the judge said.

The Defense Department has argued that the courts must defer to the military in disputes over personnel and readiness. The government has also argued that HIV-positive service members could infect other soldiers in battle and that the rules are based on science.

An appeals court ruling in one of the other three cases held that the military’s rules seemed to ignore the science, which holds that HIV is extremely difficult to transmit, even on the battlefield, and that current drugs can make the virus effectively undetectable.

“One would hope the administration would see the writing on the wall and discontinue defending policies that serve no purpose but to prevent these patriotic young men from serving their country,” said Scott Schoettes, counsel and HIV project director at Lambda Legal.