Amid complaints of Pacific neglect, efforts are underway to restore funding for a powerful $1.9 billion defensive radar in Hawaii, potentially add two types of defensive missile capability in the Aloha State for North Korean threats and create an “Indo-Pacific Deterrence Initiative” modeled on a similar European effort 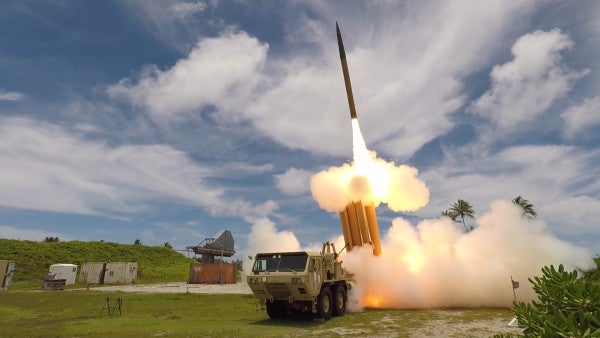 Amid complaints of Pacific neglect, efforts are underway to restore funding for a powerful $1.9 billion defensive radar in Hawaii, potentially add two types of defensive missile capability in the Aloha State for North Korean threats and create an “Indo-Pacific Deterrence Initiative” modeled on a similar European effort.

Defense officials previously indicated the state likely would be protected by a new defensive missile co-developed with Japan, the SM-3 Block IIA, as part of an “underlay” shield that still relies primarily on big ground-based interceptors in Alaska and California.

A test validating the capability of the SM-3 IIA to shoot down a simple intercontinental ballistic missile target planned for the spring was canceled due to the coronavirus outbreak but apparently has been rescheduled for the summer.

That test is expected to be conducted at the Pacific Missile Range Facility off Kauai and likely will involve the Pearl Harbor-based destroyer USS John Paul Jones shooting the defensive missile.

Meanwhile, U.S. Rep. Mac Thornberry from Texas, the top Republican on the House Armed Services Committee, added to a growing call to improve military capability in the Pacific to check China and Russia by proposing legislation chartering an Indo-Pacific Deterrence Initiative.

“Senior officials from both parties, military commanders and international security experts have told us for years that the Indo-Pacific must be this country’s priority theater. They are absolutely correct, and it is time to put our money where our mouth is,” Thornberry said.

Thornberry’s legislation calls for $6.09 billion to be spent in the Pacific in fiscal 2021 on improvements including an air and missile defense system on Guam and the Homeland Defense Radar-­Hawaii. Money for the radar, to be pointed at North Korea and China, was zeroed out in the Pentagon’s 2021 budget request as part of a reexamination of land- and space-based sensor needs.

U.S. Indo-Pacific Command said the radar “represents the solution for the gap in our ability to detect, track, discriminate and defeat ballistic, cruise and hypersonic threats.” Discrimination refers to the ability to differentiate rocket parts from warheads.

An over-the-horizon radar also was pitched by the Hawaii-based command for Palau for air and surface targets.

“Without a valid and convincing conventional deterrent, China and Russia will be emboldened to take action in the region to supplant U.S. interests,” said the “Regain the Advantage” report. The cost is 80% of that being spent on the European Deterrence Initiative, according to Indo-Pacific Command.

Randy Schriver, a former assistant secretary of defense for the Indo-Pacific, and Eric Sayers, with the Center for a New American Security, recently said in an opinion piece that when Russia invaded Ukraine in 2014, the Pentagon “moved swiftly to invest billions in near-term enhancements in Europe.”

Not so with the stated emphasis on “great power” competition in the Pacific.

The military has invested in needed platforms but shown “fleeting interest” in enabling capabilities that need “urgent investment,” the pair wrote in War on the Rocks, a national security discussion platform.

“Flashy new platforms will be needed, but so will the high-end munitions, runways and port infrastructure, deployable air bases, fuel and munition storage, command and control tools, and other joint capabilities” across the Pacific, they said.

Rob Soofer, deputy assistant secretary of defense for nuclear and missile defense policy, said Tuesday at a Hudson Institute forum that the ICBM intercept test for the SM-3 IIA missile probably will occur over the summer.

The interceptor could be used against enemy missiles “in the mid-late course terminal phase of flight,” he said. “In other words, whatever you couldn’t intercept” with a ground-based interceptor from Alaska or California, “you might get another shot with the IIA missile.” THAAD missiles could provide a final shot.

Hawaii would have a ship- and/or shore-based ability to fire the SM-3 IIA missiles from Pearl Harbor destroyers and the Aegis Ashore Missile Defense Test Complex on Kauai.

Soofer added that extended-range THAAD missiles also will be tested against long-range adversary missiles. “That’s definitely in the mix,” with the defensive missile expected to perform better against enemy missiles that can range Guam and Hawaii, he said.

Jim Miller, a former undersecretary of defense, said at the forum that “if you are looking at a shorter-range missile and a relatively small footprint of coverage, THAAD has a real chance to contribute to that. To me, that’s certainly the case for Guam and Hawaii.”