2,600 US military personnel are in self-isolation in Europe over COVID-19 concerns

Some 2,600 U.S. military personnel, including civilians, are currently in self-isolation in Europe after being identified as people of concern during the coronavirus outbreak, the U.S. military said on Friday. 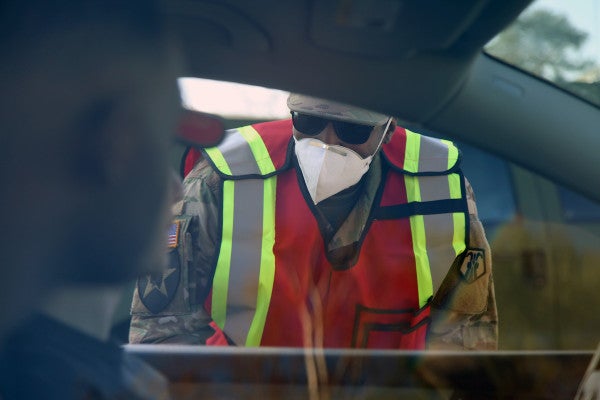 WASHINGTON (Reuters) – Some 2,600 U.S. military personnel, including civilians, are currently in self-isolation in Europe after being identified as people of concern during the coronavirus outbreak, the U.S. military said on Friday.

The number is far higher than anything previously disclosed by the Pentagon, which said the personnel were being isolated over “travel or other reasons” without offering further details.

“These individuals are not necessarily sick, but may have been exposed and are doing their due diligence following health preventative measures,” the Pentagon said in a statement.

“That number includes those who may have been tested, but not positive, and those who did indeed tested positive which is 35.”

The U.S. military, which counts some 72,000 service members in Europe, did not explain how it was isolating such a large population.

The U.S. military has been struggling to safeguard its forces in places like Italy, a country whose death toll from coronavirus this week overtook that of China, where the virus first emerged.

Speaking to reporters earlier on Friday, Air Force General Tod Wolters, the commander of European Command, had said that not all of the 2,600 of the troops were in isolation when asked by Reuters during a news conference.

The Pentagon later clarified that they were.

Wolters said he's done video-conferences with those that have tested positive and at least a dozen personnel who “fall into the category of concern.”

“My biggest challenge for those that have been quarantined for 14 days, as you can well imagine, is making sure that they understand that they, by golly, will adhere to the tactics, techniques and procedures and the rules and regulations that we've put out,” Wolters said.

“And they are doing so.”

U.S. Lieutenant General Christopher Cavoli, the Army's top general in Europe, spoke to Reuters earlier this week from his own self-isolation after discovering that his Italian and Polish counterparts tested positive for coronavirus after attending a conference with him on March 6.

“Nobody was showing symptoms of anything,” Cavoli said in an interview. “Everything was fine.”