There is no 'woke' military. 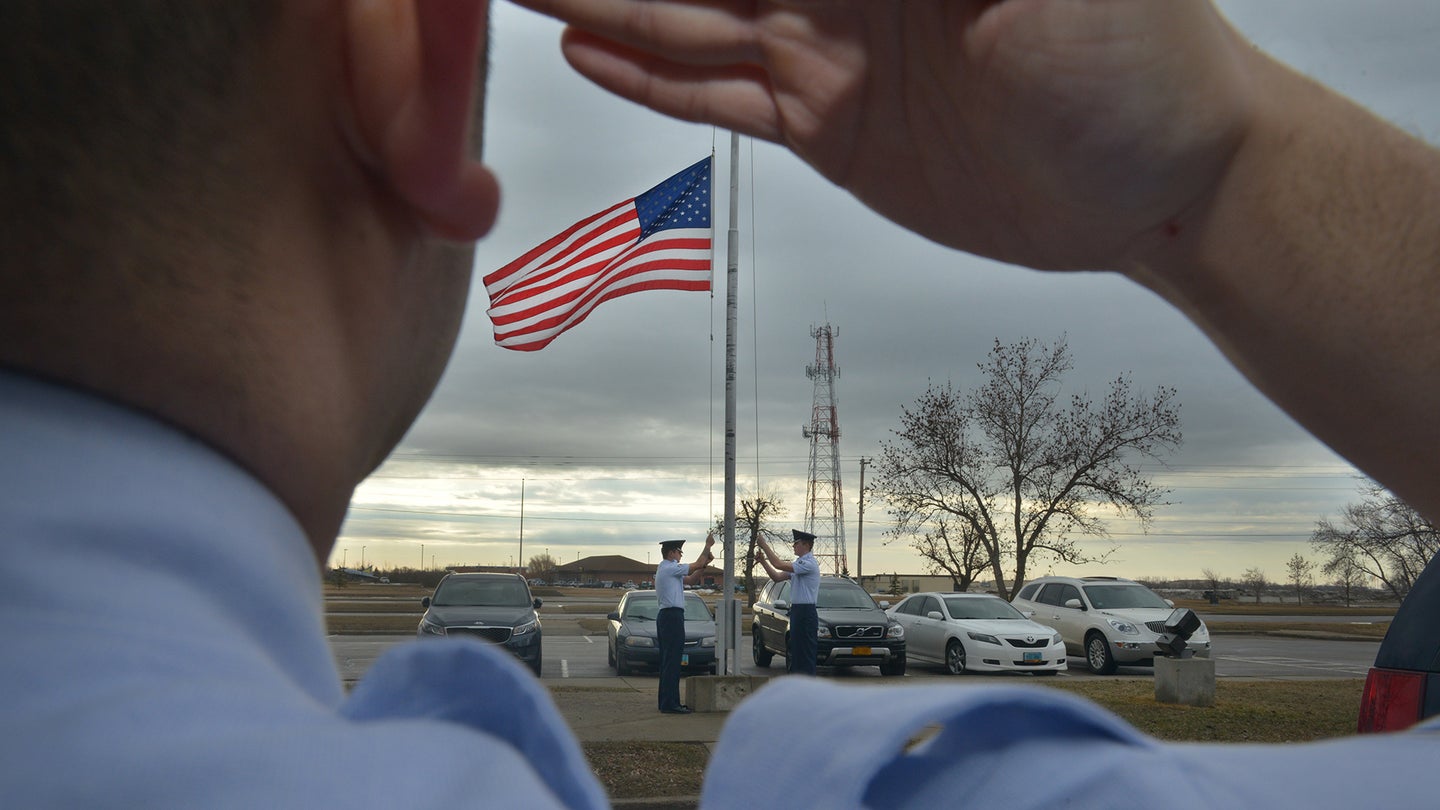 It started with Fox News personality Tucker Carlson’s rant that the Air Force’s new maternity uniforms are proof that President Joe Biden is feminizing the military.

“Pregnant women are going to fight our wars,” Carlson said during a March 9 episode of his show. “It’s a mockery of the U.S. military. While China’s military becomes more masculine, as it’s assembled the world’s largest navy, our military needs to become – as Joe Biden says – more feminine, whatever feminine means anymore, since men and women no longer exist.”

Perhaps in saner times, most Americans would have seen Tucker’s attack on the U.S. military as an affront to the men and women who have put service to the nation above themselves. But this is 2021 and we live in a toxic hellscape ruled by 24/7 cable news, social media, and amoral politicians.

Unscrupulous demagogues both in and out of government saw that Carlson’s polemic about how the military needs to remain masculine played well with Americans who may love the troops but have little understanding of who they are or why they serve.

Those pundits and politicians instantly realized that accusing the military of going “woke” and attacking any attempt by the Defense Department to create diversity or eliminate extremism in the ranks was their path to greater power.

Now women, people of color, and gay, lesbian, and transgender people who serve in the military have an even greater target on their backs – if that’s even humanly possible – because there is a growing political movement that accuses them of being weak and undermining the nation’s ability to fight and win wars.

In May, the Army had to disable the comments on Youtube for recruiting commercials after critics claimed they were too woke. The commercials featured the stories of women who joined the Army including one soldier who grew up with two mothers.

Those commercials had been targeted by right-wing culture warriors. Fox News’ story about the recruiting videos had this headline: “Army recruitment video features lesbian wedding.”

Eventually, Sen. Ted Cruz (R-Texas), piled on by tweeting, “Perhaps a woke, emasculated military is not the best idea,” along with a video comparing the Army recruiting commercial with a Russian propaganda video of a recruit training to be a paratrooper.

That video was originally tweeted by a white supremacist in the Netherlands, said Kristofer Goldsmith, an Iraq var veteran and CEO of Sparverius, a firm that tracks disinformation and domestic extremism. After the Cruz tweet went viral, Russian state media amplified the video’s message further by claiming it shows the United States is “doomed.”

If Russian intelligence is enjoying the spectacle of Americans turning against the military, China’s People’s Liberation Army is doubtlessly taking notes for its information warfare activities.

Kori Schake, who co-authored a book with retired Marine Gen. James Mattis on the civil-military divide, said she has not seen evidence that the debate about whether the U.S. military has gone woke is playing into Russia and China’s hands but it’s still “plausible.”

As for the Army recruiting commercials themselves, Schake said the criticism is unfounded.

“Celebrating actual people who choose to put their lives on the line for the country is patriotic,” said Schake, a defense expert with the conservative American Enterprise Institute think tank in Washington, D.C. “And saying, ‘These people are undeserving of our praise,’ is unpatriotic. And I think we should be straightforward about that.”

Another line of attack on the military is that the anti-extremism stand-downs ordered by Defense Secretary Lloyd Austin following the Jan. 6 Capitol riots – in which many veterans and some service members participated – are actually a not so thinly veiled attempt to take away the rights of conservative service members.

In fact, Fox News personality Laura Ingraham accused Biden and Austin of launching a “purge” of conservatives and Trump supporters in the military.

“If you’re a white male, Christian, maybe you voted Republican, maybe you even like Trump, you’re immediately suspicious, you’re a suspect,” Ingraham said on Feb. 4. “How are any of those people supposed to feel safer now? Of course, they are not going to feel safe.”

Sen. Tom Cotton (R-Ark.) echoed this argument that the military’s anti-extremism training is inherently anti-white – thus, unpatriotic – when he accused the military on Thursday of spreading “anti-American indoctrination”

Cotton claimed that one service member complained about having to read the book “White Fragility” in which author Robin DiAngelo writes, “White people raised in a western society are conditioned into a white supremacist worldview.”

Pentagon spokesman John Kirby has pushed back on arguments that the extremism stand downs are an attack on troops with conservative values, saying on Feb. 5, “The argument that this amounts to some sort of political litmus test; that is absolutely unfounded and untrue.”

“The secretary believes it’s important for the American people to know that diversity and equity and inclusion matter to the United States Department of Defense – it matters to the defense of this nation,” Kirby said at a Friday Pentagon news briefing. “You can’t on one hand say that the job is to defend the nation and develop warfighting capabilities and then not talk about the warfighters and who they are and the skills that they possess and what they represent.”

Last year, a Defense Department report on diversity found that the military’s officer corps “is significantly less racially and ethnically diverse than the enlisted population.”

In the active-duty force, 73% of officers are white, 8% are Black, 8% are Latino, 6% are Asian, 4% are classified as “multiracial,” and the remaining 1% are Native American, Alaska Natives, Native Hawaiians, and Pacific Islanders, the report found.

Fox News did not provide any comment for this story.

While the quality of diversity and anti-extremism training may vary widely based on individual units, the notion that the Pentagon is coming after white, Christian, men serving in the military is, quite frankly, insane.

The attacks on the military for allegedly becoming “woke” are only sowing divisions among troops and weakening America’s defenses. Russia and China grow stronger when Americans turn on those sworn to defend them.

Racism In The Military
woke military