Begun, the tech war has. 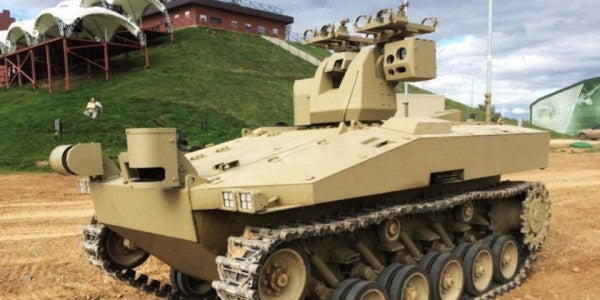 A global “technology war” that will likely shape U.S. economic and national security well into the twenty-first century is emerging. Many technologies have become the focus of this war, with winners and losers are already beginning to emerge. At this point, the United States finds itself at a distinct disadvantage.

Ironically, the seeds of this emerging conflict were inadvertently sown by the United States. The world has seen the impact of technology—how it has led to the buildup of significant wealth and overwhelming military capacity with global reach. With approximately one-quarter of the global gross domestic product and military spending that exceeds the spending of the next seven nations combined, the United States became what some have labelled the world's “hyperpower.” And others want in, which has meant growing competition and now an emerging tech war.

Today, important technology development changes are underway that could dramatically affect world order. The continued shift in global research and development spending highlights how far U.S. dominance has eroded. In 1960, when considering federal, industry and academia, the United States accounted for 69 percent of the global R&D. By 2016, the United States accounted for only 28 percent of the global R&D. With such a shift, it is no wonder that U.S. technology leadership and superiority can no longer be assured.

The early skirmish lines of this growing tech war can be seen in several key areas. In the next generation of wireless communications, the 5G competition—which will likely see Internet speeds of one hundred times greater capacity than today—is nothing short of an arms race between China and the United States, with national security and economic consequences at stake. Chinese company Huawei looks positioned to emerge the leader, with the recent Russia-Huawei deal further highlighting this concern.

While China's biotech industry is currently less than 10 percent of the U.S. biotech industry, China's rapid expansion into biologics, genomics and molecular diagnostics is likely to continue. China has made major investments in genome sequencing that have the potential to see them dominate in this area as well. The first to master understanding of the complete human genome will have significant advantages in areas such as personalized medicine. Beijing's delineation of biotech as a “strategic emerging industry” provides ample evidence of China's desire to become a global leader in this space.

Artificial intelligence and cyber have also emerged as important components in this tech war. It seems almost no topic is immune from discussions about the potential for AI, from AI-enabled robots that could lead to a workerless society to killer robots on a future battlefield. In cyber, high profile attacks have called into question the security of the Internet, the protection of data that resides in cyberspace, and our very privacy.

Less public—but arguably no less important—skirmishes are being waged in other areas such as quantum computing, drones, nanotechnology and hypersonics. The winners will undoubtedly gain distinct advantages over the competition.

Given this emerging tech war, what can be done?

First, allies will be more important than ever. Partnerships must be formed with key allies to share and protect key technology advantages. Alliances must also continue to be strengthened between government, industry and academia to ensure maximum benefit from each R&D dollar spent. This is especially important given the shift towards a higher ratio of business to federal R&D funding by a margin of 2:1.China's Belt and Road Initiative should also be of concern as at its core, the initiative is designed to expand China's influence.

Second, the Trump administration should develop technology priorities, and technologies considered vital to U.S. economic and national security should receive investments to stimulate advances and promote U.S. leadership. The administration's recent call to have greater industry investment in basic research, in lieu of government funding, seems shortsighted and should be reconsidered given the emerging tech war. A reevaluation of programs such as export controls, programs for approving foreign investment transactions, and intellectual property protections would also be useful to both protect and promote U.S. technology.

Third, global supply chains, which will include flows of technology, must be carefully managed. Disrupting these complex global supply chains will have second and third order effects that will be difficult to predict. The Trump administration's Huawei ban will likely hurt U.S. companies bottom line and negatively affect U.S. competitiveness in the 5G space. Similarly, the U.S. decision to halt the delivery of F-35 aircraft materials, equipment and training unless Turkey cancels the purchase of the Russian S-400 air defense missile system seems self-defeating. It also highlights that nations will be prepared to go elsewhere if the United States is not willing to share its technology as in the case of the Patriot air defense missile system.

The emerging tech war must be a national priority. It will be a different kind of conflict, measured across decades and waged in laboratories, research centers and within key industries. Government's role should be to support and incentivize research, development and innovation. And prevailing in this emerging tech war will be essential for maintaining U.S. economic and national security.

Daniel M. Gerstein served as the undersecretary (acting) and deputy undersecretary in the Department of Homeland Security's Science and Technology Directorate from 2011–2014. Gerstein's latest book, The Story of Technology: How We Got Here and What the Future Holds, will be published by Prometheus Books in August 2019.

WATCH NEXT: Does China Have Its Own Electromagnetic Railgun?