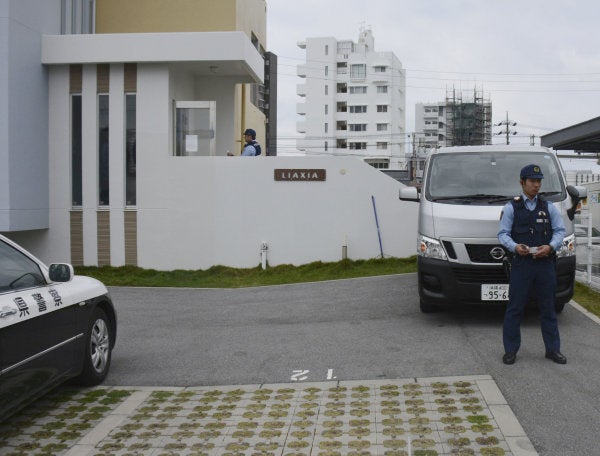 Both the man and the woman were found dead in an apartment in Okinawa, Japan, Japanese Deputy Foreign Minister Takeo Akiba said in a statement.

It's unclear what, if any, relationship the two had.

The woman's child, who was home and uninjured in the incident, called a relative, who then called police Saturday morning, according to Stars and Stripes.

“This is an absolute tragedy and we are fully committed to supporting the investigation,” the Naval Criminal Investigative Service (NCIS) said in a statement.

NCIS and local police have launched a joint investigation into the deaths.

About half of the 54,000 American troops stationed in Japan are based in Okinawa, much to the consternation of local residents who have complained about increased crime, including the 1995 rape of a 12-year-old girl by three servicemen, NBC reported in February.

Voters recently rejected a proposal to move the U.S. Marines Futenma airbase, but the Japanese government and newly elected Okinawa governor Denny Tamaki said they would still go ahead with a relocation plan.