This is the first time an Ohio class guided missile submarine has been in the Persian Gulf in eight years. 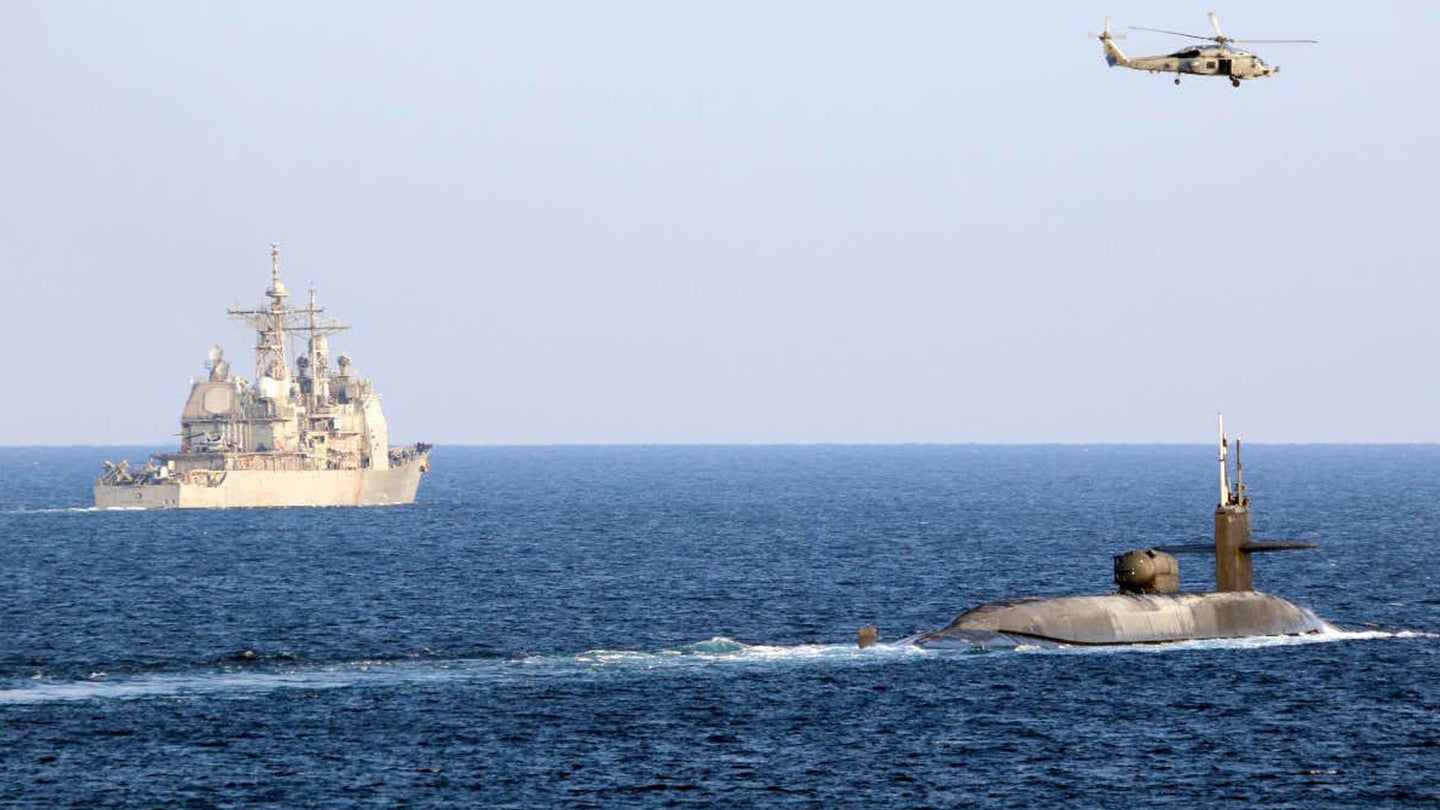 The Ohio class guided-missile submarine USS Georgia sails together with the Ticonderoga class cruiser USS Philippine Sea in the Strait of Hormuz on Dec. 21. (US Navy).
SHARE

The U.S. Navy has publicly announced the transit of USS Georgia, one of its four Ohio class guided-missile submarines, or SSGNs, from the Gulf of Oman into the Persian Gulf by way of the highly strategic and often tense Strait of Hormuz. This is the first time one of these boats has sailed into that body of water in eight years. These four submarines are among the most in-demand across the service’s submarine fleets and Georgia‘s rare appearance in the region would seem to be, at least in part, a signal aimed squarely at Iran and its regional proxies.

Georgia passed through the Strait of Hormuz on Dec. 21, 2020, accompanied by two Ticonderoga class cruisers, USS Port Royal and USS Philippine Sea. This trio traveled into the Persian Gulf following the movement of the supercarrier USS Nimitz, and elements of its carrier strike group, further south in the Arabian Sea to support Operation Octave Quartz, the repositioning of the bulk of U.S. forces out of Somalia.

The Ohio class SSGNs are best known for their ability to carry up to 154 Tomahawk land-attack cruise missiles. However, they typically only carry around 100 of these weapons – a still impressive amount – and are actually multi-mission platforms capable of carrying special operations forces and other highly specialized equipment, including various unmanned platforms, all while acting as discreet underwater intelligence fusion nodes and command centers.

In the pictures of the boat heading into the Persian Gulf, a dry deck shelter, primarily for deploying special operators underwater, including in mini-submarines, is visible mounted behind Georgia’s sail. The SSGNs can carry up to two dry dock shelters at one time to support relatively special operations contingents that can be deployed aboard. You can read much more about these submarine’s unique genesis and capabilities in this previous War Zone feature.

Read the full story at The War Zone >