India claimed it shot down a Pakistani F-16. The US says otherwise

Pakistan's F-16 combat jets have all been accounted for, Foreign Policy magazine said, citing U.S. officials, contradicting an Indian air force assessment that it had shot down one of the jets in February 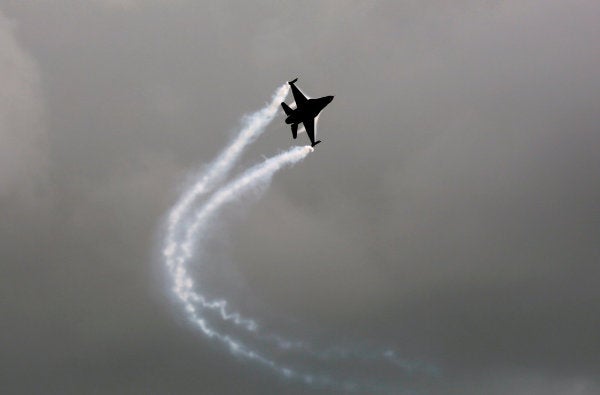 NEW DELHI (Reuters) – Pakistan's F-16 combat jets have all been accounted for, Foreign Policy magazine said, citing U.S. officials, contradicting an Indian air force assessment that it had shot down one of the jets in February.

India and Pakistan engaged in an aerial battle over the disputed region of Kashmir a day after Indian jets crossed over into Pakistan to attack a suspected camp of anti-India militants.

An Indian jet was brought down during the fight and its pilot captured when he ejected on thePakistani side of the border. India said it, too, had shot down a Pakistani aircraft and the air force displayed pieces of a missile that it said had been fired by a Pakistani F-16 before it went down.

Foreign Policy said in a report published on Thursday two U.S. defense officials with direct knowledge of the matter said U.S. personnel had done a count of Pakistan's F-16s and found none missing.

The F-16s are made by Lockheed Martin and, under an end-user agreement, the United States required the host country to allow for regular inspections to ensure they were accounted for and protected, Foreign Policy said.

Details of the India-Pakistan air engagement have not been fully provided by either side. If the U.S. report turns out to be true, it would be a further blow to Prime Minister Narendra Modi, who had said that India had taught Pakistan a lesson.

“Truth always prevails,” Pakistan's army spokesman said in a Tweet. “Time for India to speak truth about false claims & actual losses on their side.”

The Indian Air Force reiterated on Friday that one of its MiG-21 planes had brought down an F-16 in the Nowshera sector of Jammu and Kashmir.

Two combat planes went down that day, one was an Indian and the other belonged to Pakistan air force (PAF) the IAF said in a statement.

“The Indian Force have confirmed sighting ejections at two different places on that day. The two sightings were at places separated by at least 8-10 km,” it said.

“One was an IAF Mig 21 Bison and the other a PAF aircraft. Electronic signatures gathered by us indicate that the PAF aircraft was an F-16,” the air force said.

Modi's ruling Bharatiya Janata Party, heading into a tight election next week, is campaigning on a platform of tough national security, especially with regard to arch foe Pakistan. New Delhi blamesPakistan for stoking a 30-year revolt in Muslim-majority Kashmir but Islamabad denies any involvement.

The success of Indian air strikes on a camp of the Jaish-e-Mohammed militant group in northwesternPakistan has also been thrown into doubt after satellite images showed little sign of damage.

High-resolution satellite images reviewed by Reuters last month showed that a religious school run by Jaish appeared to be still standing days after India said its warplanes had hit the Islamist group's training camp on the site and killed a large number of militants.

Some of the aircraft were not immediately available for inspection due to the conflict, so it took U.S. personnel several weeks to account for all of the jets, one of the officials was quoted as saying.

The count had now been completed and all aircraft “were present and accounted for”, the official was quoted as saying.

India has separately asked the United States for its view on whether the use of the F-16s by Pakistanwas a violation of the end-user agreement.

SEE ALSO: This Indian Pilot Was Shot Down And Captured In Pakistan. Now He's The Face Of The Escalating Crisis Between The Countries