The Pentagon is halting refueling of warplanes from the Saudi-led coalition fighting in Yemen, U.S. and Saudi officials have announced,... 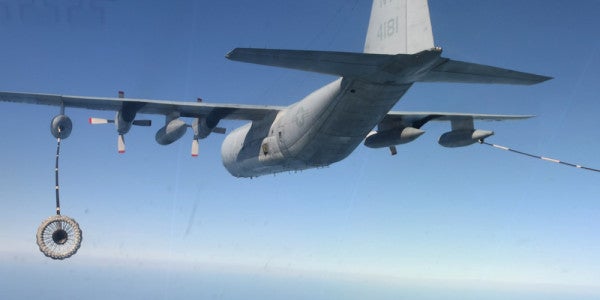 The Pentagon is halting refueling of warplanes from the Saudi-led coalition fighting in Yemen, U.S. and Saudi officials have announced, ending the controversial U.S. support to allies in the bloody conflict.

Saudi Arabia said it no longer needed U.S. Air Force aerial refueling because it could handle the task itself, according to a statement released Friday by the official Saudi Press Agency.

Coalition aerial bombing has taken a devastating toll on civilian populations in Yemen, including recent attacks that killed scores of schoolchildren and medical personnel.

U.S. involvement in the refueling and other support to the coalition, which began during the Obama administration and continued during the Trump presidency, has led to charges that the U.S. was complicit in war crimes.

The Saudi move comes at a time of international outrage over the killing of U.S.-based Saudi journalist Jamal Khashoggi, and after U.S. lawmakers threatened to pass legislation cutting off assistance to Saudi Arabia and the United Arab Emirates, whose warplanes were also refueled by the U.S.

The refueling halt was first reported Friday by the Washington Post.

The move was an abrupt shift by the Trump administration and was apparently aimed at heading off a congressional cutoff of U.S. involvement in the war, which has killed more than 10,000 people, displaced more than 2 million and led to widespread famine in Yemen.

President Donald Trump, who has courted especially friendly ties with the Saudi monarchy, has said he does not want any scandal to interfere with the sale of weapons and has generally been willing to accept Saudi claims that Crown Prince Mohammed bin Salman was not responsible for the attack on Khashoggi in the Saudi Consulate in Istanbul, Turkey.

Members of Mohammed’s inner circle have been named by Turkish and Saudi investigators as the killers, but Riyadh says they were on a rogue mission.

“We support the decision by the kingdom of Saudi Arabia, after consultations with the U.S. government, to use the coalition’s own military capabilities to conduct inflight refueling in support of its operations in Yemen,” Defense Secretary James N. Mattis said in a statement.

Mattis added that the U.S. will “continue working with the coalition and Yemen to minimize civilian casualties and expand urgent humanitarian efforts throughout the country.”

But the move is likely to have little effect on the Saudi-led air campaign since only one-fifth of Saudi-led coalition aircraft require U.S. in-air refueling help, officials said.

In addition to refueling, the U.S. has provided targeting intelligence to Saudi Arabia and the Emirates, officials said.

Saudi Arabia and its allies intervened in Yemen in 2015 to support President Abdu Rabu Mansour Hadi’s government after Houthi rebels ousted it and took swaths of territory including the capital, Sana.

Congressional backers of a resolution to cut off U.S. involvement in the Yemen war said the administration and Riyadh acted when they did only because Congress was threatening to act.

One of the authors of a House bill to halt U.S. military involvement in the war said lawmakers should move ahead on the measure.

“Congress has won a major victory in convincing the administration to end U.S. refueling,” said Rep. Ro Khanna, D-Calif. “We must pass (the resolution) to ensure that all U.S. involvement is shut off and reclaim congressional authority.”

Fearing a congressional cutoff, Mattis and Secretary of State Mike Pompeo last month called for a cease-fire in the Yemen civil war but at that time stopped short of halting U.S. support for Saudi airstrikes. But the fighting and airstrikes have continued.

Mattis has previously argued that halting U.S. military support could increase civilian casualties, since U.S. refueling had allowed pilots to remain in the air longer and select targets more carefully.

A cutoff might embolden the Houthis, who have fired missiles at Saudi Arabia and targeted commercial and military vessels off Yemen’s coast, he argued.

Rep. Ted Lieu, D-Calif., called the refueling halt “a step in the right direction.” But he added, “It’s distressing that an unconscionable number of civilians died before the U.S. did the right thing. We shouldn’t be supporting coalition war crimes.”