The U.S. has sent B-52 bombers near disputed islands in the South China Sea, the U.S. Pacific Air Forces said Thursday, the second such mission over the contested waterway in 10 days 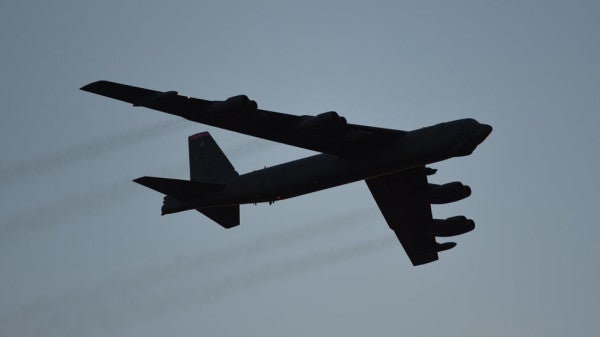 The U.S. has sent B-52 bombers near disputed islands in the South China Sea, the U.S. Pacific Air Forces said Thursday, the second such mission over the contested waterway in 10 days.

The Pacific Air Forces (PACAF) said in a statement that the two B-52s had taken off from Andersen Air Force Base on the U.S. island territory of Guam, and participated in “routine training missions.”

“U.S. aircraft regularly operate in the South China Sea in support of allies, partners, and a free and open Indo-Pacific,” the statement said.

The B-52 aircraft involved in the mission were part of the U.S. Air Force's “continuous bomber presence” based in Guam. Since 2004, the U.S. has rotated B-1, B-52 and B-2 long-range bombers out of Guam to conduct training missions in Asia.

Akin to the U.S. Navy's so-called freedom of navigation operations, in which it has sailed warships near disputed islands claimed by China in the South China Sea, the air force missions are intended to assert that the area is international airspace as well.

Beijing has built up a series of military outposts in the South China Sea, which includes vital sea lanes through which about $3 trillion in global trade passes each year.

Davidson declined to quantify the increased activity — nor would he say whether the number of freedom of navigation patrols would increase or remain stable.

“It's building, it's not reducing in any sense of the word,” Davidson was quoted as saying in Singapore on March 7 when asked about China's military activities in the waterway. “There has been more activity with ships, fighters and bombers over the last year than in previous years, absolutely.”