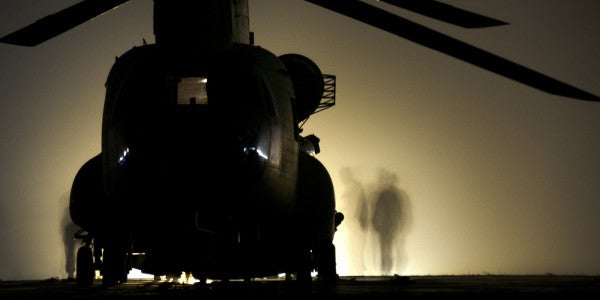 Six other American crew members were injured in the Friday night crash and were all sent for medical treatment, NATO said.

The helicopter had taken troops to the volatile Kharwar district for a night raid and hit a tree, forcing an emergency landing, Salim Saleh, the provincial governor's spokesman, told Stars and Stripes.

The Taliban, who are said to control about half of Logar province, said it shot down the helicopter, killing dozens of Americans, a claim NATO refuted.

“We can confirm the crash was not the result of enemy action,” NATO's Resolute Support Mission said in a statement. “We have full accountability for all personnel and the crash site has been secured.”

The death brings the total number of U.S. service members killed in Afghanistan this year to 12. More than 2,300 have been killed since the war began 16 years ago.

NATO said an investigation into Friday's incident had been launched.

“We are deeply saddened by the loss of our comrade,” Gen. John Nicholson, the top U.S. commander in Afghanistan said. “On behalf of all of Resolute Support, our heartfelt sympathies go out to the families and friends of our fallen comrade and those injured in this unfortunate event.”

Zubair Babakarkhail contributed to this report.

Visit the Stars and Stripes at www.stripes.com