US Soldier Killed In Traffic Accident In South Korea

A U.S. soldier was killed when a truck slammed into a military ambulance and a car that had pulled over … Continued 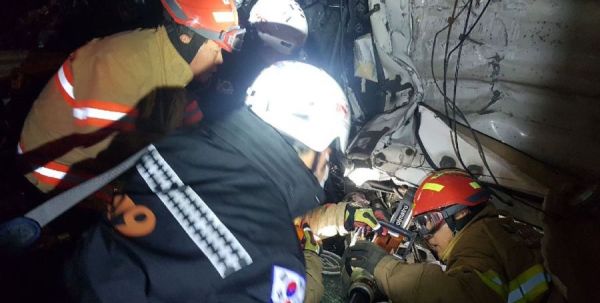 A U.S. soldier was killed when a truck slammed into a military ambulance and a car that had pulled over to the side of a highway after an earlier collision south of Seoul, officials said Friday.

The Eighth Army confirmed that a 35th Air Defense Artillery Brigade soldier died of injuries suffered in a vehicle accident. The soldier was not further identified pending family notification.

“Medical aid was provided on the scene until the soldier was transported via ambulance to the Good Morning Hospital,” the 8th Army said in a statement. “The incident is under investigation.”

It did not give more details, but local police and rescue officials said the collision occurred on the highway northwest of Pyeongtaek, where Camp Humphreys is located, at about 11:30 p.m. Thursday.

The deadly chain of events began when a car rear-ended the U.S. military vehicle on an interchange, prompting the soldier to get out to examine the damage. An 8-ton cargo truck then slammed into them, according to the regional fire service.

Photos from the scene showed what appeared to be a camouflage Humvee ambulance turned on its side next to the other smashed vehicles.

Another man was injured, officials said.

Some 28,500 U.S. servicemembers are based in South Korea, which remains technically at war with the North after the 1950-53 Korean War ended in an armistice instead of a peace treaty.