US special operations forces are getting a brand new combat helmet 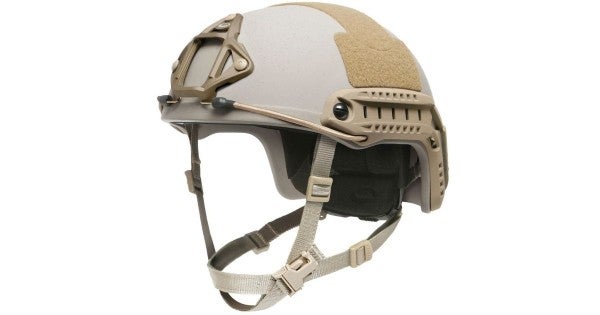 U.S. Special Operations Command awarded a $95 million, five-year contract to the Gentex Corporation to furnish American commandos with both ballistic and non-ballistic versions of its Ops-Core helmet.

Gentex is responsible for a variety of specializedcombat helmetsused by the U.S. armed forces, including the Integrated Head Protection System (IHPS) that's on deck to replace the the Army's Enhanced Combat Helmet in inventories.

But unlike the IHPS, the Ops-Core helmet comes in a “high cut” design intended to accommodate mission-specific accessories like night vision goggles and specialized communications equipment and modular add-ons like a visor and motorcycle-style mandible.

SOCOM's been on the hunt for a new helmet as part of its Special Operations Forces Personal Equipment Advanced Requirements (SPEAR) Family of Tactical Headborne Systems (FTHS) program since 2017, but the new award award doesn't specify exactly how many helmets the command plans on scooping up.

Military Times notes, however, that the Ops-Core retails for around $1,400 a pop online, which means SOCOM could just grab around 100 Ops-Core helmets to satisfy the contract minimum of $150,000.

SEE ALSO: The Army's New Body Armor And Combat Helmet Are Here. Here's Who Will Get Them First