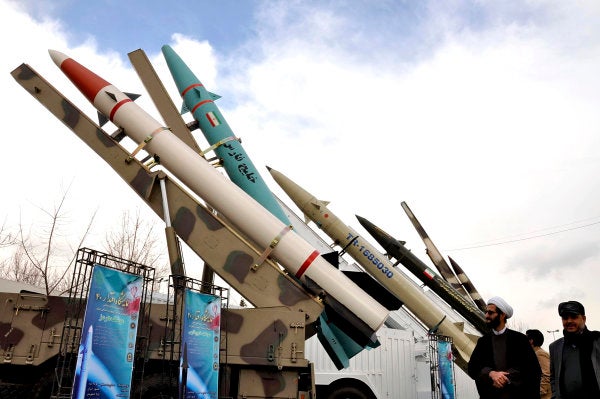 As tension with Iran escalated the past few days, US spy agencies detected that the country was readying ballistic missile units, The New York Times reported.

President Donald Trump responded on Twitter with a series of warnings, pledging to attack 52 Iranian sites, including those of high cultural importance – which could constitute a war crime.

It is unclear whether the missile units were dispersed in an effort to avoid further American attacks or to prepare to attack US targets or allies in retaliation for the assassination of top Iranian general Qassem Soleimani, the Times reports.

A supporter of Shiite Hezbollah movement holds a poster of slain Iranian Major General Qasem Soleimani as the movement's leader delivers a speech on a screen in the Lebanese capital Beirut's southern suburbs on January 5, 2020. (Photo by ANWAR AMRO / AFP) (Photo by ANWAR AMRO/AFP via Getty Images)

Regardless, Trump tweeted his response from Palm Beach, Florida, which included an all-caps warning.

“Iran is talking very boldly about targeting certain USA assets as revenge for our ridding the world of their terrorist leader who had just killed an American, & badly wounded many others, not to mention all of the people he had killed over his lifetime,” Trump tweeted on Saturday.

He continued to write that Soleimani had led attacks against the US embassy, which the Times reports was the driving factor behind Trump's decision to plan the offensive against Iran's leader.

“Let this serve as a WARNING that if Iran strikes any Americans, or American assets, we have […] targeted 52 Iranian sites (representing the 52 American hostages taken by Iran many years ago), some at a very high level & important to Iran & the Iranian culture,” Trump said in a follow-up tweet.

” […] those targets, and Iran itself, WILL BE HIT VERY FAST AND VERY HARD. The USA wants no more threats!”