The U.S. is pulling its troops out of Syria, but some U.S. forces may be staying behind at a remote... 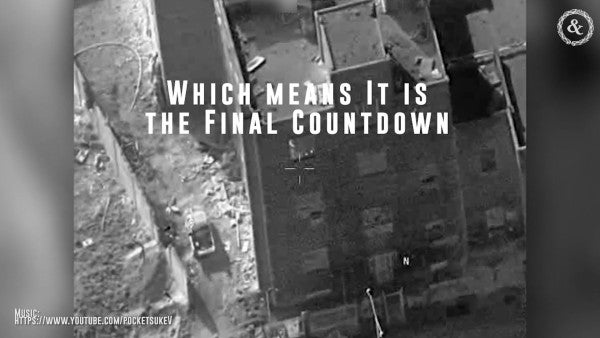 The U.S. is pulling its troops out of Syria, but some U.S. forces may be staying behind at a remote outpost as a check on hostile Iranian activity, Foreign Policy reported Friday.

“We have won against ISIS,” President Donald Trump announced last month. Since then, the Trump administration has said the roughly 2,000 US military personnel fighting the Islamic State in Syria will be pulling out even as uncertainty persists over the timeline.

“Our troops are coming out,” Secretary of State Mike Pompeo said earlier this month. But, he stressed that “the counter-Iran campaign continues.” Apparently, that could mean maintaining a U.S. military presence at the strategic al-Tanf garrison, a position that has blocked Iranian ambitions.

While the majority of the U.S. troops in Syria are serving in the northeastern part of the country, there are a few hundred U.S. troops working with local partner forces at the al-Tanf garrison in southeastern Syria. The current plans would see these troops withdrawn last, but the government is considering a plan to keep some U.S. military personnel stationed at this strategic facility, government sources told Foreign Policy.

It remains unclear whether doing so is legal, as the 2001 Authorization for Use of Military Force permits the use of force against non-state militants, not nation states like Iran, no matter how problematic they may be. And then there is the question of whether the president will approve a plan that keeps U.S. troops in Syria.

The Pentagon has kept quiet on the status of al-Tanf, providing only limited information in response to past Business Insider requests. “We are focused on a deliberate, coordinated withdrawal from Syria. For operational security reasons, we are not going to discuss timelines or specific movements,” Department of Defense spokesman Cmdr. Sean Robertson told Foreign Policy.

The presence of U.S. forces at al-Tanf prevents Iran from establishing a continuous land bridge across Iraq and Syria and into Lebanon, giving it the ability to threaten Israel.

“Al-Tanf is a critical element in the effort to prevent Iran from establishing a ground line of communications from Iran through Iraq through Syria to southern Lebanon in support of Lebanese Hezbollah,” a former senior U.S. military commander told Foreign Policy.

The base lies at the heart of a deconfliction zone with a roughly 34 miles radius. The U.S. military reserves the right to open fire on hostile forces that enter the area without authorization. The base has long been a thorn in the side of not only Iran, but also Russia and the Syrian regime.

The U.S. military has made a point of keeping adversaries out of the deconfliction zone. When the Russian military threatened to conduct strikes in the zone last September, the U.S. Marines conducted a live-fire exercise in the area, warning the Russians and others to keep out.