One Chart Shows Where US Troops Are Deployed Across The Planet

America’s military presence worldwide is about to get even bigger. President Trump’s proposed 10% increase to the Department of Defense... 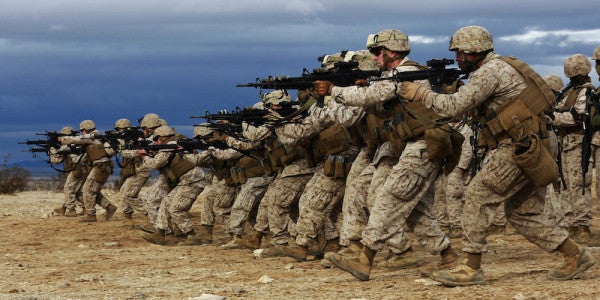 America’s military presence worldwide is about to get even bigger. President Trump’s proposed 10% increase to the Department of Defense budget, a whopping $54 billion, is alone greater than what every country on the planet except China and Saudi Arabia spend on their militaries annually, according to Quartz. Flush with cash, the armed services are locked, stocked, and ready to fight — and then some.

But where exactly does all that fighting power go? The U.S. government maintains almost 800 bases in more than 70 countries, making the armed forces a truly global fighting machine. Thanks to this remarkable chart from Visual Capitalist, compiled using DoD data updated Feb. 27, we can finally get a sense of where our fighting men and women are stationed throughout the world.