US Has More Troops In Afghanistan Than Previously Disclosed, Pentagon Reveals

The Pentagon revealed Wednesday that roughly 11,000 U.S. troops are currently deployed in Afghanistan, 2,600 more than the U.S. military... 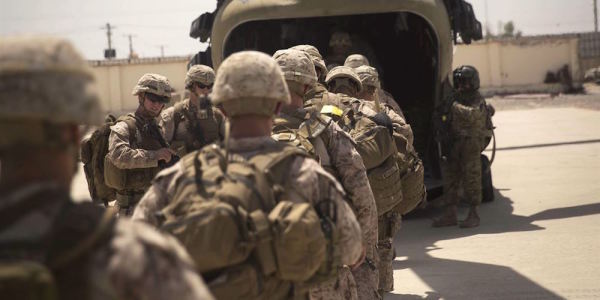 The Pentagon revealed Wednesday that roughly 11,000 U.S. troops are currently deployed in Afghanistan, 2,600 more than the U.S. military had previously disclosed to the public.

The Obama-era policies did not include troops deployed for less than six-months — a stint the military considers a “temporary basis” — as part of the military’s total for Afghanistan. Because the Obama administration had set caps on the number of troops allowed to be deployed to active war zones in Afghanistan, Iraq and Syria, U.S. commanders found ways to supplement their forces by “temporarily” adding additional troops who would not be counted.

Defense Secretary James N. Mattis expressed frustration with the approach and ordered a comprehensive review to give a more accurate picture of the U.S. military footprint, following last week’s announcement by President Donald Trump of a new military strategy in Afghanistan.

“The secretary has been clear about his commitment to transparency in our public reporting procedures and increasing commanders’ ability to adapt to battlefield conditions in countering emergent threats,” White told reporters at the Pentagon.

“Following a comprehensive review of our South Asia strategy, the secretary has determined we must simplify our accounting methodology and improve … the public’s understanding of America’s military commitment in Afghanistan.”

White said the new figures represent transparency in regard to total U.S. forces. He did not provide numbers, however for troop in Iraq and Syria, saying they were “under review.”