The U.S. military is sending thousands of troops to the U.S.-Mexico border in preparation for the arrival of migrant caravans... 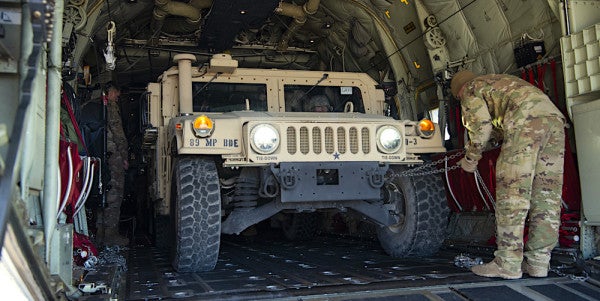 The U.S. military is sending thousands of troops to the U.S.-Mexico border in preparation for the arrival of migrant caravans determined to enter the U.S.

The operation, known as Faithful Patriot, is expected to involve more than 7,000 active-duty troops, the Department of Defense estimated in a press statement released late Wednesday. This is in addition to the over 2,000 National Guard personnel deployed to the border for Operation Guardian Support, U.S. Northern Command explained to Business Insider.

The troops deployed as part of Operation Faithful Patriot are advancing the Customs and Border Protection mission by providing planning, engineering, transportation, logistics, and medical support. These military units will serve in a limited, Title 10 capacity, engaging in activities such as barrier construction, airlift, and medical treatment.

Active-duty US military personnel are being deployed to the following locations:

The planning teams will coordinate operations and support missions, medical personnel will triage, treat, and prepare patients for transport, the engineers will construct erect light towers and build barriers, and the helicopter teams will facilitate the movement of CBP tactical teams.

The Department of Defense says the number of troops deployed could change at any time, potentially on a daily basis. Changes will be made in accordance with operational demands, the press release explained.

“We'll do up to anywhere between 10 and 15,000 military personnel, on top of border patrol, ICE and everybody else at the border,” Trump said Wednesday afternoon, adding, “Nobody's coming in.”

The president previously characterized the approaching caravans as an “invasion,” warning the migrants that the military will be waiting for them when they arrive.