78 years after Pearl Harbor, the USS Arizona and USS Oklahoma will sail again 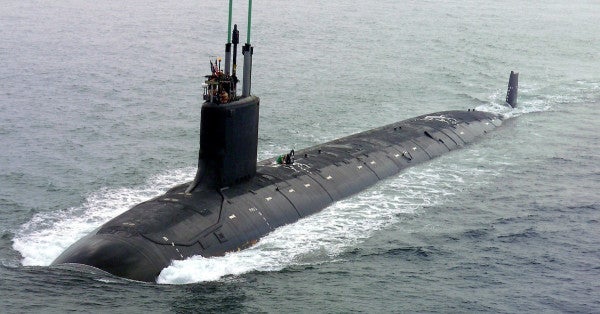 Navy ships named USS Arizona and USS Oklahoma will return to active duty with the announcement by Acting Secretary of the Navy Thomas Modly that two new Virginia-class attack submarines will be named after American heroes of the greatest generation who perished on the famed Pearl Harbor battleships.

The move brings back into service the hallowed ship names 78 years after both were badly damaged in the surprise Japanese attack on Dec. 7, 1941. Most of the Navy casualties that day came from losses on those two ships.

“I am honored and humbled to name the next two Virginia-class nuclear fast-attack submarines to be built as the USS Oklahoma (SSN-802) and the USS Arizona (SSN-803),” Modly said in a release. “It is my fondest wish that the citizens of the great states of Arizona and Oklahoma will understand and celebrate our Navy's desire to memorialize the 1,177 heroes who perished in USS Arizona (BB-39) and the 429 more in USS Oklahoma (BB-37) in Pearl Harbor, on Dec. 7, 1941.”

Modly added that “there is no greater honor I can think of for the Navy, the Marine Corps, and the nation than to build and commission into active service two state-of-the-art American warships carrying the spirit of those heroes of the greatest generation, as well as that of their families and the Grand Canyon and Sooner states as they sail through a new American maritime century.”

“Today is a proud day for Arizona,” Arizona Gov. Doug Ducey said in a release. “It's been nearly 80 years since the attacks on Pearl Harbor, which resulted in the sinking of the USS Arizona and deaths of 1,177 of her crewmembers. This ship and the name, 'USS Arizona,' hold special meaning for our country, its history and the people of Arizona — and today, that legacy begins a new chapter.”