Jamel Ahmed Mohammed Ali Al-Badawi has long been wanted for planning the bombing plot against the United States Navy destroyer, a strike nearly 20 years ago that left more than a dozen U.S. service members dead and even more injured 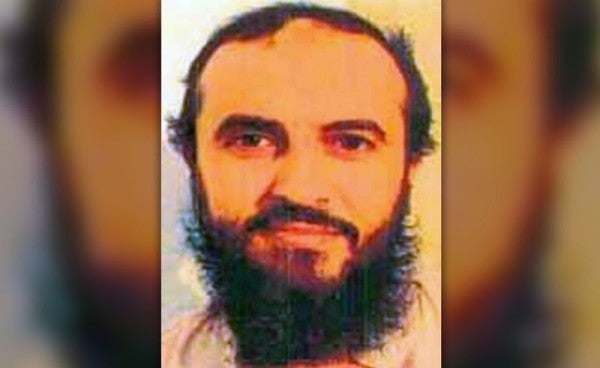 A terrorist credited with orchestrating a 2000 attack against the USS Cole was reportedly killed during a US airstrike in Yemen earlier this week.

Jamel Ahmed Mohammed Ali Al-Badawi has long been wanted for planning the bombing plot against the United States Navy destroyer, a strike nearly 20 years ago that left more than a dozen U.S. service members dead and even more injured.

According to CNN, the al Queda operative had been driving by himself on Tuesday when the US launched a strike in Yemen's Ma'rib Governorate.

An administration official, who was not named, said all evidence indicated al-Badawi was fatally struck in the joint U.S. military and intelligence operation.

He'd been a fixture on the FBI's list of most wanted terrorists in connection with fatal incident, which was attributed to al Queda.

On October 12, 2000, the USS Cole was targeted by a group of suicide bombers packed into a boat filled with explosives as it refueled at a port in Aden, Yemen.

The blast ripped through the Cole's hull, killing 17 sailors and wounding another 39. It was the deadliest attack against a US naval vessel since the Iraqi attack against the USS Stark in May 1987.

Yemeni authorities arrested Al-Badawi in December 2000 and held him in connection with the attack, but he managed to escape prison in April 2003.

He was recaptured in March a year later, but again escaped custody in February 2006 after he and several other inmates dug a tunnel out of the prison using broomsticks and pieces of broken fan.

The State Department's Rewards for Justice Program had previously offered a reward of up to $5 million for information leading up to Al-Badawi's arrest.

Another al Queada militant central to the Cole attack in addition to several others, Abd al Rahim al Nashiri, was detained in Dubai in 2002 and held at several different CIA black sites until he was transferred to the detention facility in Guantanamo Bay since 2006. His legal proceeding were slowed after it was reported he was tortured at the US black sites and he still remains in United States custody on murder charges.