The new USS Delaware is ready for a fight

The U.S. Navy commissioned the first submarine to be named after the First State, USS Delaware, on April 4 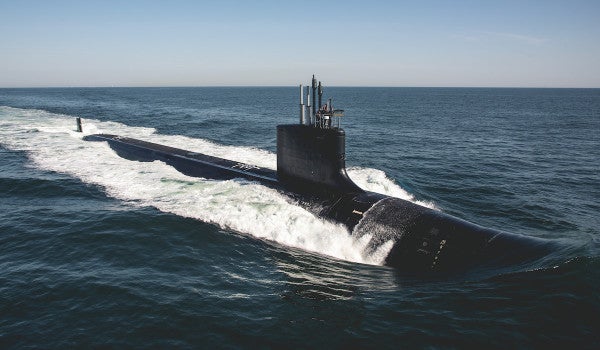 The U.S. Navy commissioned the first submarine to be named after the First State, USS Delaware, on April 4.

Six naval ships have borne the name, but never a submarine. The last to be called “Delaware” was decommissioned almost a century ago, in 1923.

The nuclear-powered general-purpose attack submarine has enough fuel to power the boat for its entire life – no refueling required. USS Delaware is the final Block III Virginia-class submarine. The class is made up of the Navy's most modern submarines.

The 377-foot long, 34-foot wide USS Delaware can dive deeper than 800 feet and operate at 25 knots when submerged (about 29 miles per hour). It's designed for warfare, the delivery of special operations forces and intelligence and surveillance and reconnaissance with a crew of 134 officers and sailors.

The vessel's sponsor is Jill Biden. Chosen by the Secretary of the Navy, a sponsor is a female who is typically selected for her relationship to the namesake. The sponsor has a ceremonial role for the entire commissioned life of the ship.

“I know this submarine and her crew of courageous sailors will carry the steadfast strength of my home state wherever they go,” Biden said.

The traditional public commissioning ceremony was canceled for public health concerns. Instead, the submarine was commissioned administratively. A public commemoration is expected to be scheduled after the coronavirus pandemic is under control.