In a break from the norm, the USS Dwight D. Eisenhower and its strike group deployed immediately after completing a final certification exercise instead of first returning to the carrier's home port 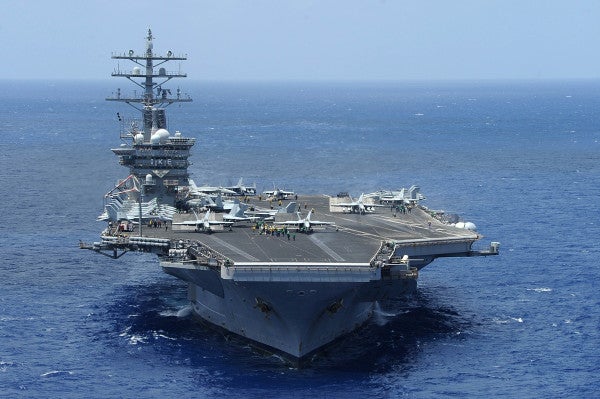 The Navy's latest aircraft carrier deployment began in an unusual way, and it appears to be part of efforts to make the service less predictable.

In a break from the norm, the USS Dwight D. Eisenhower and its strike group deployed immediately after completing a final certification exercise instead of first returning to the carrier's home port.

“Upon the successful completion of C2X, strike groups are certified and postured to deploy at any time,” U.S. 2nd Fleet spokeswoman Lt. Marycate Walsh told Insider.

“IKE's timeline for departure was demonstrative of the inherent agility of our naval forces,” she continued. “There is no one size fits all policy; operations at sea routinely flex for a variety of reasons.”

At times, the Navy has adjusted deployments in response to unexpected problems.

For example, when the USS Harry S. Truman suffered an electrical malfunction in August, its strike group deployed without it, forming a surface action group instead.

As the Truman underwent repairs, the USS Abraham Lincoln, the carrier sent to deter Iran, had its deployment extended — one of several extensions that allowed the Lincoln to set a record for longest carrier deployment since the Cold War.

But the Eisenhower's latest deployment, as The Virginian-Pilot notes, appears to be a part of the Navy's efforts to implement dynamic force employment, which the Navy argues makes the fleet much less predictable and strengthens deterrence against potential adversaries.

The Truman executed the first DFE deployment in 2018, when it sailed into the North Atlantic and Arctic shortly after returning from the Mediterranean.

After that deployment, Adm. James G. Foggo III, commander of US Naval Forces Europe-Africa and Allied Joint Force Command Naples, Italy, said: “The National Defense Strategy makes clear that we must be operationally unpredictable to our long-term strategic adversaries, while upholding our commitments to our allies and partners.”

It is unclear where the Eisenhower is currently headed.

“The sailors of IKE Strike Group are trained and ready to execute the full spectrum of maritime operations in any theater,” Rear Adm. Paul Schlise, commander of Carrier Strike Group 10, said in a statement.

“Carrier Strike Groups,” he said, “are visible and powerful symbols of US commitment and resolve to our allies and partners, and possess the flexibility and sustainability to fight major wars and ensure freedom of the seas.”