Editor’s Note: This article by Richard Sisk originally appeared on Military.com, the premier source of information for the military and veteran community. The Department... 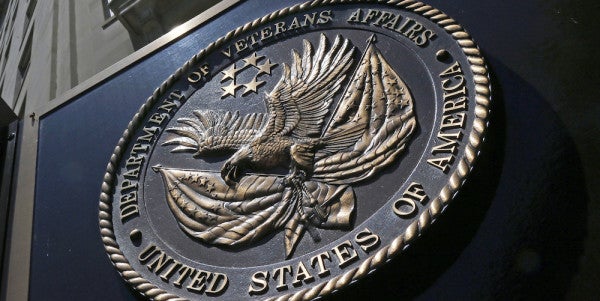 The Department of Veterans Affairs opposed a bill Wednesday that has overwhelming bipartisan support in the House and Senate to extend Agent Orange healthcare and disability benefits to “blue water” sailors who served offshore during the Vietnam War.

“The science is not there” to show that the freshwater systems of Navy ships were contaminated by dioxin from Agent Orange defoliants widely used in Vietnam, said Paul Lawrence, the undersecretary for benefits at the VA's Veterans Benefits Administration.

“It's difficult to hear from veterans who are ill” as they file claims, he said at a hearing of the Senate Veterans Affairs Committee, but “there is no conclusive science” from a report by the Institute of Medicine to show a service connection.

Several senators from both sides of the aisle and representatives of veterans service organizations (VSOs) disputed Lawrence on the evidence for a service connection and urged passage of the bill, something the committee chairman, Sen. Johnny Isakson, R-Georgia, has made a “top priority.”

The House has already passed by a vote of 382-0 the bill, which would allow sailors who served offshore in Vietnam to claim care and benefits for so-called “presumptive” diseases from exposure to Agent Orange, including respiratory cancers, heart disease, Parkinson's and chloracne.

Those who served on the ground and on the rivers of Vietnam are already able to claim Agent Orange benefits, and “it doesn't make any sense” to exclude the blue water sailors, said Sen. Kirsten Gillibrand, D-New York.

“I think this is an injustice that we can and must rectify,” she said.

The Congressional Budget Office has estimated that about 90,000 sailors could be covered by the bill, which would likely cost about $1.1 billion over 10 years.

Lawrence and Dr. Ralph Erickson, the VA's chief consultant for post-deployment health at the Veterans Health Administration, also expressed concerns about Congress' proposal to “offset” the cost of the bill, H.R 299, the Blue Water Navy Vietnam Veterans Act of 2018.

In the House version of the bill, the money would come from a small increase in payments from non-disabled veterans who use the VA's home loan program, about $2 per month.

The dispute over whether there is a service connection for the blue water sailors centered on a study for the Australian Navy.

The study showed that water drawn by Australian ships close to shore could have been contaminated with dioxin from Agent Orange from the runoff to the sea from the rivers and streams of Vietnam.

Erickson said U.S. Navy ships drew water from at least 12 miles offshore, where any presence of dioxin would have been more diluted.

He said the later study by the Institute of Medicine, part of the National Academy of Sciences, was unable to correlate the Australian study with the operation of U.S. ships.

“The Australian format allowed them to draw water close to shore,” Erickson said. “You cannot go from that experiment and make a conclusion about U.S. naval personnel.”

The VSO representatives disputed Erickson on the findings of the Institute of Medicine and pointed to illnesses possibly related to Agent Orange now suffered by the blue water sailors.

“People are not science projects,” said Thomas Snee, national executive director of the Fleet Reserve Association and a Vietnam veteran. “We are the consequences of an era gone by.”