The federal bureaucracy moved at an agonizing crawl for the Marine Corps veterans sickened by the contaminated drinking water at... 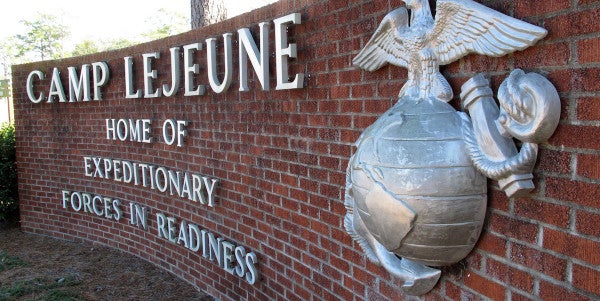 The federal bureaucracy moved at an agonizing crawl for the Marine Corps veterans sickened by the contaminated drinking water at Camp Lejeune in North Carolina. Some died waiting for government benefits.

But the Department of Veterans Affairs Thursday, after more than a year of work, finalized rules that will allow potentially thousands of veterans stationed at the base — or surviving spouses — to receive automatic benefits if they have been diagnosed with one of eight diseases.

This marks the end of a long wait for many veterans who have been denied benefits by the VA and may be in desperate need for disability pensions and medical care. The estimated cost to taxpayers over the next five years is $2.2 billion.

“This is welcome news and something that is long overdue,” said Mike Partain, who has waged a long campaign with other activists to win benefits for veterans and family members. “That is a small price to pay considering these veterans and families sacrificed so much for their country.”

The formulation of the rules had been in the works for more than a year and news of the finalization came in a notice published in the Federal Register, the government's official journal, with no fanfare or announcement from the VA.

Beginning in March, the cash payouts from the Department of Veterans Affairs may supplement VA health care already being provided to eligible veterans stationed at the Marine base for at least 30 days cumulative between Aug. 1, 1953, and Dec. 31, 1987. Veterans will have to submit evidence of their diagnosis and service information.

Brenda Burpee, 65, of Dunnellon in Marion County, will now see widow's benefits after the July 2015 death of her husband, Donald Burpee, at age 58 from kidney cancer. He served at Camp Lejeune in the early 1970s.

Her husband was a long-distance truck driver who she said had not been sick a day of his life before he was diagnosed with kidney cancer in 2007. His claim for VA benefits had been denied. The Burpees appealed and won, but the claim could not proceed before the rules were finalized.

“I promised him I'd stay on this no matter how many appeals it took,” Brenda Burpee said. “I would not let this die. That's the VA thing. They deny and deny and deny claims until you give up. My husband told me never to give up.”

In the rule finalization, outgoing VA Secretary Bob McDonald determined that there was “sufficient scientific and medical evidence” to establish a connection between exposure to the contaminated water and eight medical conditions for purposes of awarding disability compensation.

“This is good news,” said retired Marine Master Sgt. Jerry Ensminger, whose daughter Janey was born in 1976 while he was stationed at Lejeune. Janey died from leukemia at age 9. Ensminger now heads a veterans group, The Few, The Proud, The Forgotten, which advocates for those seeking disability compensation.

“This has been a hard, long slog,” said Ensminger, who says the government must go further in covering additional diseases. “This is not the end of the issue.”

Scientists believe up to a million people may have been exposed to a toxic brew of chemicals, including several carcinogens, that make the Lejeune contamination perhaps the worst ever mass exposure to polluted drinking water in the United States. The contamination stretched more than 50 years, ending in 1987, and involved residents now scattered across the nation.

About 14,000 Lejeune veterans and family members live in Florida, the second highest total in the nation behind North Carolina, according to Marine Corps figures.

Affected veterans who were stationed at Camp Lejeune may now submit applications for benefits, once the rule is officially published Friday. Roughly 1,400 disability claims related to Lejeune are already pending, and will be reviewed immediately, according to the VA.