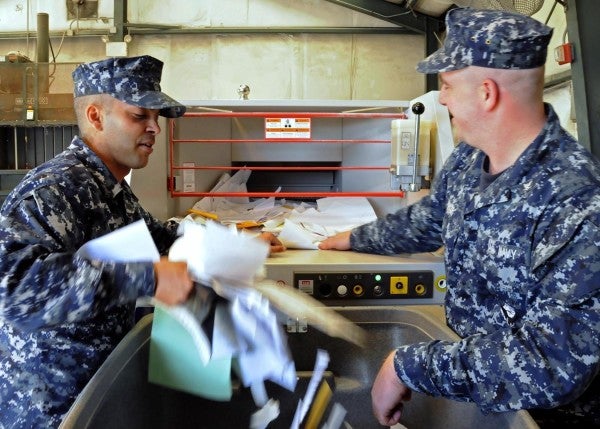 An Audio recording obtained by the Daily Caller implicate the Department of Veterans Affairs in a plot to destroy thousands of veterans records, rather than actually whittle down the massive backlog of unanswered claims by veterans of the armed forces.

“I’m still canceling orders from 2001,” says a male’s voice in the meeting.

“Anything over a year old should be canceled,” replies a woman’s voice.

“Canceled or scheduled?” the man asks.

Listen to an audio except in the video below:

And catch the full report in the Daily Caller »