The VA is supposed to reimburse vets through ‘community care,’ but they’re behind on 2.5 million payments

“Failure to pay the providers who support this critical network of services to our veterans is unacceptable.” 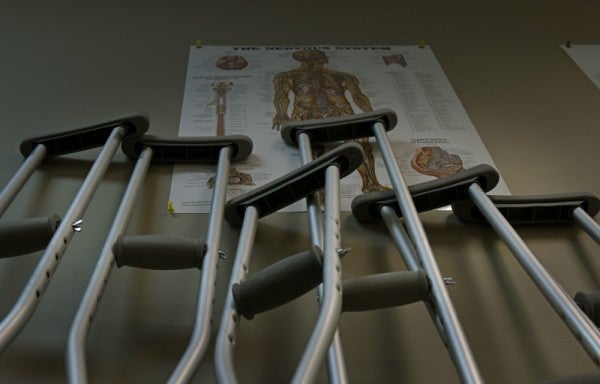 WASHINGTON — In a letter Tuesday, Sen. Maggie Hassan asked the Secretary of Veterans Affairs for more details in clearing a backlog of payments to non-VA health care providers.

Veterans with VA health insurance can get treatment at facilities outside the VA through a system called the “community care network.” The VA reimburses these community care providers for veterans’ treatment.

Last year, providers reported problems with the contractor that handled these reimbursements, and long waits for payments. The VA switched to a new contractor, but is still working through a backlog of payments due to providers.

There are an estimated 2.5 million outstanding claims across the country — in New Hampshire alone, hospitals and small health care providers are owed an estimated $134 million.

Writing to VA Secretary Robert Wilkie on Tuesday, Hassan said that her office had heard from several constituents about delays in payments.

“Across the country, the Community Care Network program is critical to providing medical services for veterans no matter their location, especially in New Hampshire, which lacks a full-service VA Medical Center,” Hassan wrote. “Failure to pay the providers who support this critical network of services to our veterans is unacceptable.”

New Hampshire’s congressional delegation has been vocal on the issue.

Sen. Jeanne Shaheen wrote Wilkie about the same problem on Dec. 18. Rep. Chris Pappas, as chair of the Oversight and Investigations Subcommittee of the House Committee on Veterans’ Affairs, held a hearing on the reimbursement issue on Feb. 12.

At a Feb. 5 hearing, Richard Stone, the Executive in Charge of the Veterans Health Administration, said the VA expected to clear the backlog of claims across the country by the end of the fiscal year, on Sept. 30.

Hassan said she wants to know more specifics about how the VA would clear the backlog.

“While I applaud their willingness to commit to a timeline, I request more details on how the backlog is being handled and how you will ensure that timeline is met,” Hassan wrote.