The union representing 260,000 Department of Veterans Affairs employees recently won a "cease and desist" arbitration ruling against the department's posting of lengthy lists of firings, suspensions and other disciplinary actions in violation of the Privacy Act. 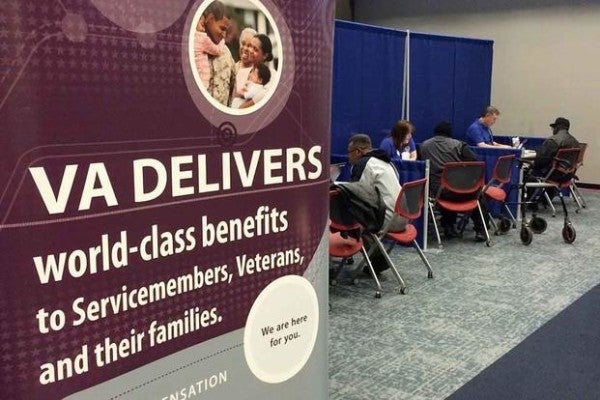 Editor's Note: This article by Richard Sisk originally appeared on Military.com a leading source of news for the military and veteran community.

The union representing 260,000 Department of Veterans Affairs employees recently won a “cease and desist” arbitration ruling against the department's posting of lengthy lists of firings, suspensions and other disciplinary actions in violation of the Privacy Act.

The ruling found that the VA was guilty of an “unfair labor practice” against the American Federation of Government Employees (AFGE) in the website postings of “Adverse Action Reports” that allowed for the easy identification of workers targeted for disciplinary procedures.

In his ruling, Andrew Strongin, an arbitrator with the Federal Mediation and Conciliation Service, directed the VA to “remove the AARs from its website and cease and desist publishing the AARs in that or like manner until such time as it achieves compliance with the Privacy Act.”

Strongin wrote that the VA began posting the lists in a “public relations” effort to restore its image following the wait times scandals of 2014 but, in the process, “flagrantly disregarded the agency's own General Counsel's advisory opinion and the rights of those employees” who were listed.

The AARs included the type and date of the disciplinary action, as well as the grade, level, position and category of the employees, making them identifiable in violation of the union's contract and their privacy rights, according to the AFGE.

The VA's actions were taken “in a pursuit to shame employees and erode veterans' trust in the VA,” AFGE President J. David Cox Sr. said in a statement. “VA leaders should be focusing on improving veterans' access to quality health care at VA facilities, not publicly shaming employees and violating their privacy.”

The arbitrator's ruling was handed down in March and announced last week when the decision was finalized, AFGE spokesman Tim Kauffman said.

The AARs were one of the immediate results of the Veterans Affairs Accountability and Whistleblower Protection Act, signed into law by President Donald Trump in June 2017 in what he said was an effort to remove “bad actors” from the VA.

The Accountability Act made it easier for VA management to fire, suspend or otherwise discipline employees. In its first year of operation, it resulted in more than 3,500 actions against workers, according to the VA.

However, the union and several House Democrats, including Rep. Mark Takano, D-California, currently chairman of the House Veterans Affairs Committee, charged that the VA was mostly targeting low-wage custodial, laundry and food service staff while ignoring infractions by supervisors