Editor’s Note: This article by Amy Bushatz originally appeared on Military.com, the premier source of information for the military and veteran community. Identification... 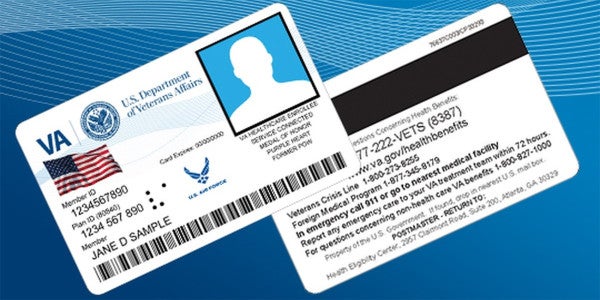 Identification cards from the Department of Veterans Affairs' new program will be in the mail, on their way to veterans starting “tomorrow,” VA officials said — two months after they were initially scheduled to go out.

Officials said in January that approved veterans would start receiving the free printed cards in early March. But when March rolled around, printing was delayed to April. Now, a VA spokesman says the cards will be sent starting May 4.

“We expect to begin mailing cards in batches tomorrow to veterans whose applications have been reviewed and approved,” Curtis Cashour told Military.com on May 3.

All honorably discharged veterans can apply for the ID card, which was ordered by Congress in 2015. The card, which is not an official form of federal ID and does not qualify veterans for any federal or military benefits, is meant to serve as proof of past military service at private businesses.

Veterans who hold other identification showing service, such as a military ID or VA health ID card, do not need to apply.

About 90,000 veteran applications for the card have been received, Cashour said. Of those, 21,000 have been approved and are awaiting printing and mailing.

Veterans must apply for the card online. Card applications are not available at VA facilities.

The veteran ID card program has faced a series of delays and technical challenge since its November 2017 launch. A glut of applicants overwhelmed the system's server, and the application was put on hold for several weeks.