The persistence of serious problems endangering America's veterans at the Department of Veterans Affairs Medical Center in Washington, DC has... 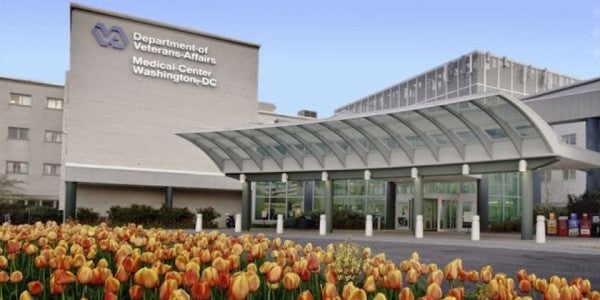 “We ask you, our respected leaders, to stop this coverup and incompetence, to really care and live up to America's promise to its Heroes,” the employees wrote to Wilkie and other senior Department of Veterans Affairs officials in correspondence obtained by USA Today.

“Enough is enough,” they added in the letter, which called attention to soaring infection rates and plummeting patient and employee satisfaction.

The response from the employees comes after reports of horrific conditions at the facility, which serves tens of thousands of veterans in Washington. Deemed high risk in January and designated “critical” in a leaked memo written in July and obtained by Stars and Stripes Wednesday, the hospital is presently under investigation. VA staffers, however, are not optimistic, even with the prospect of leadership changes following administrative review.

A scathing report from April 2017 revealed that not only did the hospital lack essential equipment and fail to meet necessary cleanliness standards, but senior leaders were aware of the problems and had not properly addressed them. The VA removed the hospital director and sent teams of experts to the medical facility to improve the situation. It didn't help.

Internal reports November of last year highlighted the findings of VA sterilization specialists, who discovered rusty medical instruments and bacteria in the water intended to sterilize the equipment. With limited sterilization supplies on hand, the hospital was reportedly borrowing them from a neighboring private hospital. The facility in DC is one of 15 VA hospitals with a one-star rating, despite it being a flagship medical care center for the VA.

Other alarming reports noted consistent cleanliness failings and incidents in which the hospital was forced to borrow bone marrow for surgeries.

In March of this year, a report from the VA Office of Inspector General revealed that a “culture of complacency” had allowed problems to persist for years, putting the lives of U.S. veterans in danger and wasting taxpayer dollars. The report concluded that officials at every level of the Department of Veterans Affairs — local, regional, and national — were aware of the serious shortfalls at the hospital in DC, but those officials were either unwilling or incapable of fixing the problems.

President Donald Trump previously described the VA, which has an annual budget of $180 billion and runs the nation's largest integrated health care system, as “probably the most incompetently run agency in the United States government.” The department, as well as a number of medical care facilities, have repeatedly been plagued by problems and scandal.

The DC hospital has made headlines numerous times, and after multiple inspections and leadership changes, the situation continues to deteriorate, which is why employees are now begging the new VA secretary for help. Wilkie was sworn in as the VA secretary just two days ago.

“VA appreciates the employees' concerns and will look into them right away,” VA Press Secretary Curt Cashour reportedly said in response to the pleas of the DC hospital's employees. “Veterans deserve only the best when it comes to their health care, and that's why VA is focusing on improving its facilities in Washington and nationwide.”

He told the media that the VA is “taking additional measures to support the facility.”

The VA hospital in Washington was not available for comment at the time of publication.