A South Carolina VA hospital turned away a sick Navy vet who tested hot for coke, then settled when he claimed they mixed up his urine sample

"I didn't expect any money out of this," said Eric Walker, 49, of Camden, the Navy veteran. "It was mainly about what can we do to make the VA (Veterans Affairs) better. What can we do to keep this from happening again?" 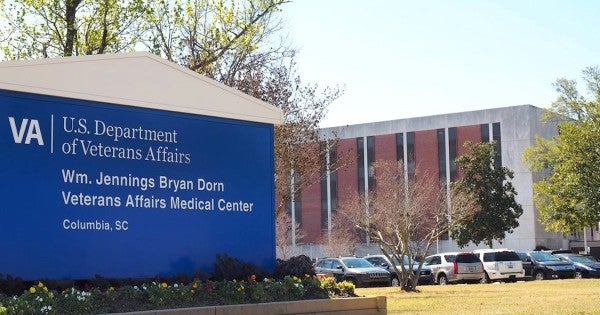 A Navy veteran who sued Dorn Veterans Hospital for allegedly failing to diagnose and promptly treat him when he came to the hospital sick has gotten $150,000 in a settlement of his medical malpractice lawsuit.

“I didn't expect any money out of this,” said Eric Walker, 49, of Camden, the Navy veteran. “It was mainly about what can we do to make the VA better. What can we do to keep this from happening again?”

In 2015, when Walker went to Dorn hoping to be treated for severe abdominal pains, medical workers at the hospital accidentally switched his urine sample with that of a cocaine addict, his lawsuit alleged.

Doctors then told him to leave the hospital and stop taking cocaine, Walker's lawsuit alleged.

“I said, 'I don't do cocaine,' and he said, 'I hear that all the time — but your urinalysis says otherwise,'” Walker told The State.

Walker said he has never taken cocaine, is not a drug addict and went to Dorn hoping to get relief from what he described as horrible pain.

“I had been pretty much in a fetal position at my house for five or six days, couldn't move. I thought I had just bad stomach pains,” Walker said. “It was bad enough to where I couldn't stand up straight.”

Sending Walker away from Dorn without more tests that should have been done to detect his real condition — gallstones and a diseased gallbladder and pancreas — constituted a failure to properly and promptly diagnose the veteran, Walker's lawsuit contended.

“There is no evidence this veteran's lab results were handled improperly. VA settled this case to avoid further litigation,” a VA statement said.

“Thousands of S.C. veterans choose to be treated at the Columbia VA health care system because they know we provide exceptional health care that improves their health and well-being,” the statement said.

After being sent home, Walker's pains grew and he finally had a friend take him to Lexington Medical Center. There, he was diagnosed promptly and scheduled for surgery for gallstones and gallbladder and pancreatic disease.

Walker's lawyer, Todd Lyle of Columbia, said Monday that had the case gone to trial, “the evidence concerning the urine sample was more than sufficient to convince a jury that Mr. Walker's urine sample had been improperly analyzed.

Also, Lyle said, Walker had numerous tests from his previous VA treatments in which he was never found positive for cocaine, and Lexington Medical Center several days later found no cocaine in his system.

Lyle is also a veteran. He flew Apache helicopters in combat in Iraq in 2011 and continues to serve in the S.C. Army National Guard.

“Eric Walker was never interested in filing a lawsuit, but the VA's failure to make this right gave him no choice,” Lyle said. “Ultimately, the VA finally provided Mr. Walker with just compensation.”

Walker was in the Navy from 1989 to 1993, serving a six-month tour in the Persian Gulf as part of Operation Desert Shield in the first Iraq War. An enlisted man, he was part of the crew on a guided missile ship.

In settlement documents, Veterans Affairs admitted no fault and said it was settling the case to avoid “the expenses and risks of further litigation.”

Walker, who grew up in Camden and graduated from Camden High School in 1988, said he filed the lawsuit because he believed the public attention from the lawsuit might help other veterans avoid the kind of suffering he had because of what he says was a medical error.

“When a veteran goes to the VA, we expect good care,” Walker said. “We take care of this country. We expect to be taken care of when we get home.”