A pair of programs currently underway at a Veterans Affairs medical center in Cleveland aim to determine if a low-dose... 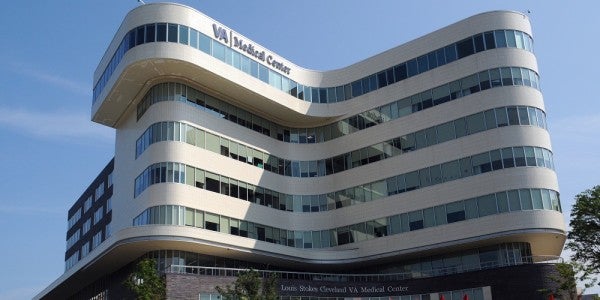 A pair of programs currently underway at a Veterans Affairs medical center in Cleveland aim to determine if a low-dose infusion of ketamine — the anesthetic that gained popularity for its street name ‘Special K’ in the 1960s and 70s — can help patients with treatment-resistant depression, and whether the drug can work as an emergency measure to help those at a high risk of suicide.

Spearheaded by Dr. Punit Vaidya, the ketamine project was one among dozens presented in late August during a Veterans Health Administration innovation event at the National Press Club in Washington. At the event, VHA employees gave ‘Shark Tank’-style presentations on projects at their clinics and fielded questions from a panel as they vied for funding to design, develop and scale their projects.

As a staff psychiatrist at the Louis Stokes Cleveland VA Medical Center in Ohio, Vaidya launched a program earlier this year to use ketamine infusion therapy as a way to expand treatment options for patients suffering from treatment-refractory depression — or in layman's terms: severe cases of depression that don't respond to antidepressants.

“Unfortunately about 30% of individuals with major depression don’t respond to medications,” Vaidya told T&P.; “So people can become desperate for things that work, because they can have a huge impact on their quality of life, and their overall functioning.”

The ketamine infusion, administered intravenously over the course of six sessions in the span of three weeks is “off-label,” meaning it’s approved by the Food and Drug Administration as an anesthetic, but not specifically designed for use in cases of treatment-resistant depression. According to Vaidya, a “handful” of veteran patients with treatment-resistant depression have participated in the project.

The effects of the ketamine infusion can often be seen within a day, if not hours, Vaidya explained.

“If you look at their depression ratings and suicidal ratings given right before treatment and even four hours later you can see a significant reduction and I think that’s really quite remarkable,” Vaidya said.

“It’s quite rapid when you compare it to a traditional medication that is offered for depression, and when it comes to suicidality there’s no other medication that’s been demonstrated to have a rapid effect,” he added.

And that’s where the second project comes in: administering the low-dose ketamine infusion to patients in the psychiatric emergency room facing a high risk of suicide.

Still in its nascent stage, the second project will test if ketamine can work as a short term emergency measure; a stopgap to stabilize a patient, and pull them out of the “depths of the depression or suicidal thinking and bridge them into another form of treatment,” Vaidya said.

While the possibilities are intriguing, so far no ER patients have been recruited, and the ketamine isn’t a miracle cure by any means, nor will it replace long-standing treatment methods for depression or those at suicide risk. “It’s not ‘you get this and you’re done,'” Vaidya explained.

In both cases — using ketamine for those with treatment-resistant depression, and as an emergency measure — Vaidya advises cautious optimism:

“These sorts of treatments, with all the excitement, you still have to have some critical thinking, and a critical approach toward using this medication, to inform patients about these unknowns.”