VA to pay $1 million to Maine veterans after mistreatment lawsuit

The veterans claimed poor treatment by a podiatrist at Togus left them with severe pain that limited their ability to walk. 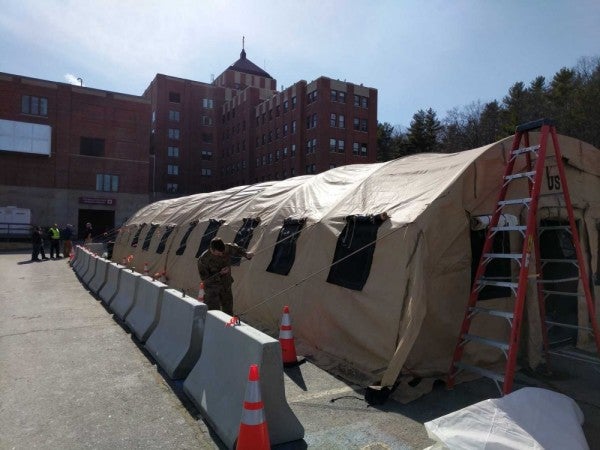 The federal government has agreed to pay more than $1 million total to five veterans who alleged mistreatment of foot and ankle problems at the Togus Veterans Affairs Medical Center in Augusta.

The legal battle began with the first lawsuit in 2014. The complaints came amid national criticism of the Department of Veterans Affairs over mismanagement and long wait lists that resulted in deaths.

The parties settled the last open case in March and the Portland Press Herald received copies of the five settlement agreements through a public records request.

The veterans claimed poor treatment by a podiatrist at Togus left them with severe pain that limited their ability to walk. The settlements allowed for all pending claims to be resolved without the government admitting liability or fault.

The most drastic case was that of April Wood, a Maine native who now lives in Missouri. Court documents show she smashed her ankle when she fell 20 feet from a ropes course in 2004 during a U.S. Army training exercise. The podiatrist later performed surgery on her ankle twice. But she continued to experience chronic pain for years, and other surgeons ultimately amputated her leg below the knee in 2012.

Wood was the last plaintiff to reach a settlement agreement and received the largest payout of $800,000. Four other veterans received smaller settlements between $50,000 and $80,000.

Dan Lipman was part of the team of attorneys who represented Wood and Mark Prescott, who received a $70,000 settlement. Court documents show Prescott served in the U.S. Navy until 2004 and had previous surgeries to address a running injury. He underwent two additional surgeries at Togus, and another doctor later said those procedures had actually continued or worsened his pain.

Dr. Thomas Franchini, the podiatrist whose care was the focus of the lawsuits, was not named as a defendant. He left Togus in 2010, and he did not renew his license to practice in Maine in 2011.

Lipman criticized Togus for waiting so long to tell the veterans about problems with their care, and he said the government should have immediately compensated those patients rather than fighting their cases in court for years.

“The right thing to do would have been to come out at the outset and say these veterans should not have been hurt this way, and we’re going to make it right,” Lipman said. “But the government didn’t do that.”

Kenneth Myrick, who goes by Jake, served in the Army from 1998 to 2004. Court documents show his ankle surgery at Togus in 2005 resulted in a “nerve entrapment,” which caused severe pain and was not identified for years. He said Tuesday that he still has chronic pain and limited mobility.

“My life is forever changed,” he said. “I can’t go run, jump and play with my kids. I can’t go take a ski trip like I normally would have done. … No amount of money was going to change that.”

His case resulted in a $50,000 settlement, but he said he never got the apology or accountability he wanted from Togus officials.

“That betrayal from the VA is the most hurtful,” Myrick said.

The attorney who represented two additional plaintiffs is no longer at her firm and could not be reached for comment.

The U.S. Attorney’s Office in Maine represented the federal government, and a spokesman commented on the case by email.

“As with all of its settlements in cases in which a federal agency is a defendant, the United States views the settlements agreed to in the referenced cases to be appropriate based on the government’s analysis of its risk at trial and the interests of justice,” Assistant U.S. Attorney Craig Wolff wrote.

Six veterans filed lawsuits in federal court in 2014 and 2015. U.S. District Judge Jon Levy initially dismissed the cases in 2016 because they did not file their complaints within three years of the treatment that caused their problems. But Levy allowed the veterans to pursue an argument that Togus “fraudulently concealed” the mistreatment from them.

In 2018, he decided to allow five of the six cases to move forward, saying the question of fraudulent concealment was “inextricably intertwined” with the claims in their lawsuits. Beginning in 2019, the parties began to settle the cases, one by one.