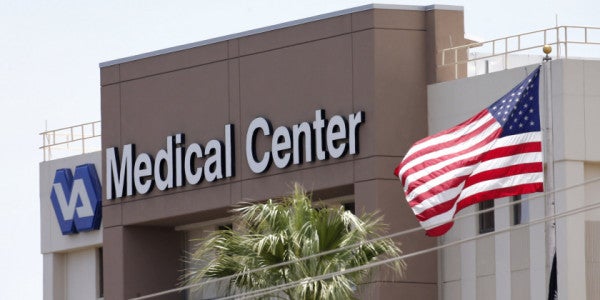 Further, a program that steers veterans toward community care is also seeing longer wait times than what the VA's own scheduling system shows, according to the Inspector General for the Department of Veterans Affairs.

The report covers the Mid-Atlantic Health Care Network, which includes the Hampton VA Medical Centers. It covers a period from April 2016 through January.

Key findings in the audit:

In Hampton, new patient appointments for specialty care showed an average wait time of eight days, according to the VA. The IG's office pegged it as 30 days.

The IG report says scheduling information was either entered incorrectly or without proper supporting documentation. The report notes that VA officials agree with several recommendations and called the VA's response “acceptable.”

Hampton officials say they cannot replicate the findings of the IG report using the methodology that was in place at that time.

“As a transparent organization, we would be happy to demonstrate how the organization applies VHA guidelines and show wait time calculations,” according to a statement that the Hampton VA released Friday.

Officials from the Mid-Atlantic network also released a statement in response to the report. It noted the audit includes data back to 2014, and since then “the environment has been in a state of continual regulatory and operational change.”

Network leaders say they have worked with the IG's office for months to devise a strategy that reflects the most accurate picture.

The VHA has implemented new standards for outpatient scheduling, updated its guidance on scheduling data and provided staff training and monitoring.

Wait times at VA hospitals have been a national issue for several years.

“This audit demonstrates that many of the same access to care conditions reported over the last decade continued to exist” within the Mid-Atlantic Health Care Network in 2016, the audit concludes.

Senators from Virginia and North Carolina weighed in on the report.

“While the report does not find that wait times were intentionally manipulated,” said Sen. Mark R. Warner, “it demonstrates that the VA still is not meeting its own standards for providing timely care … I have some tough questions for VA Secretary David Shulkin, who was the Undersecretary of the Veterans Health Administration when IG report was conducted.”

Sen. Tim Kaine called the findings “completely unacceptable” and said the problem seems “due to a lack of understanding or a lack of training.”

Kaine said he has asked for a briefing from the IG's office and wants to know what actions the VA is taking.

Rep. Scott Taylor, R-Virginia Beach, said in a phone interview that he hadn't fully reviewed the report, but the findings are concerning.

“From what I understand, the data input was unintentional,” he said, “but that doesn't change the fact that they were waiting long and got kicked into (Veterans) Choice and waited longer.”

Taylor referred to another section of the report that dealt with Veterans Choice, a newer program that steers veterans into community care if they wait too long at a VA hospital or live too far away from one.

Based on a statistical sample from the first quarter of 2016, the IG determined that about 22,500 veterans received care through the Choice program.

Auditors determined it took 42 days on average to provide authorization to seek care through the Choice program and another 42 days for the service to be provided. The 84-day average is well above the 30-day goal.

The audit said the introduction of Veterans Choice more than doubled the workload for medical center staff who are assigned to coordinate non-VA care.

Hampton VA officials say another improvement on their site is “augmentation of staffing in the Choice program area.”