The Department of Veterans Affairs announced this week that it would begin offering hyperbaric oxygen therapy to some veterans with... 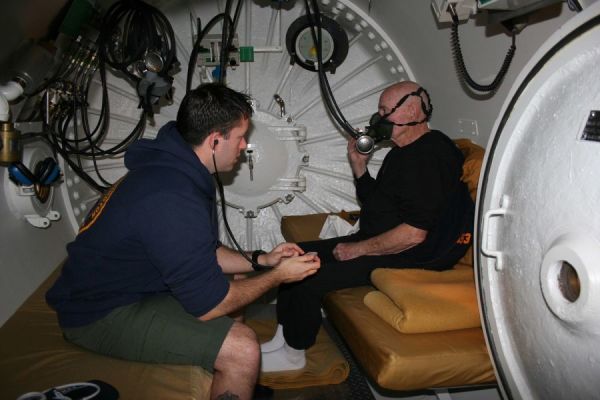 The Department of Veterans Affairs announced this week that it would begin offering hyperbaric oxygen therapy to some veterans with post-traumatic stress disorder, despite a lack of evidence that it works or being approved by the Food and Drug Administration as a treatment for PTSD.

The VA conceded it was an “off-label” use of the treatment, which uses pressurized hyperbaric chambers to send higher oxygen levels to patients. All therapies will be supervised by a physician, and the VA and Defense Department are planning more research to study its effectiveness, the agency said.

VA Secretary David Shulkin has cited suicide prevention as his No. 1 clinical priority and promised lawmakers “big, bold steps” in that end. In a statement Wednesday, Shulkin said the VA must “explore every avenue” and “be open to new ideas.”

“There is nothing more important to us than caring for our nation’s veterans, and that care must include finding different approaches that work best for them,” he said.

The treatment has been federally approved for illnesses such as decompression sickness, carbon monoxide poisoning and to treat wounds that won’t heal because patients are undergoing radiation or have diabetes. Though it’s been studied, it hasn’t officially been proven to work for traumatic brain injury or PTSD.

According to a report from the Government Accountability Office, the effectiveness of hyperbaric oxygen therapy on TBI and PTSD had been studied 32 times between 2005 and 2015. Results varied, and most were inconclusive.

Three of the studies were funded by the VA and Defense Department. One of their studies from 2015 found the treatment didn’t have therapeutic benefit. In a VA article published after the study, Col. Scott Miller, the lead study author and an infectious disease specialist, said there was a “lack of evidence” it helped and that he didn’t see any value in moving forward with more studies.

For now, the VA is making the therapy available to a small number of veterans in the eastern Oklahoma and northern California VA health care systems. Only veterans who haven’t noticed a decrease in PTSD symptoms from two other, evidence-based treatments will be eligible.

The VA intends to use its new research to determine whether hyperbaric oxygen therapy should be made available to more veterans with PTSD, the agency said.