During a House Veterans Affairs Committee on Nov. 2, five senior Veteran Affairs officials, subpoenaed as witnesses on the department’s … Continued 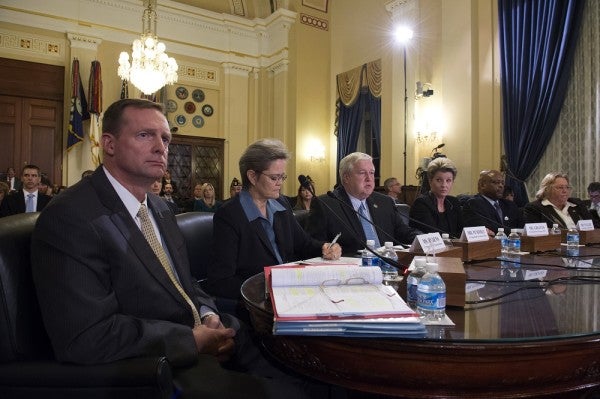 The three other witnesses subpoenaed by the committee argued that the department’s problems didn’t stem from top-down corruption, but from the department’s rush to fill needed positions. The inspector-general investigation tells a different story. Over the past three fiscal years, the department spent more than $1.5 million on 21 questionable relocation assignments for senior executives, reports Military Times.

“If VA put half of the effort into pushing for true accountability or protecting their employees who come forth as whistleblowers as they have for the individuals investigated in this IG report, then I honestly think the department would be in a much better place,” said Rep. Jeff Miller of Florida, the chairman of the House Veterans Affairs Committee.