The U.S. Department of Veterans Affairs paid $13,000 over a three-month period for a senior official's biweekly commute to Washington from his home in California, according to expense reports. 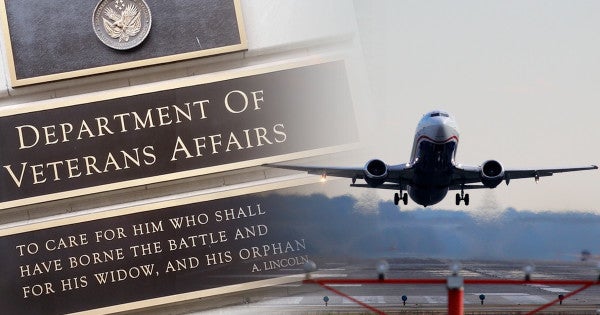 The U.S. Department of Veterans Affairs paid $13,000 over a three-month period for a senior official's biweekly commute to Washington from his home in California, according to expense reports obtained by ProPublica.

The official, Darin Selnick, is a senior adviser to VA Secretary Robert Wilkie and has played a key role in developing the administration's controversial new rules on referring veterans to private doctors. The proposal, announced last month, has drawn opposition from some lawmakers and veterans groups.

Selnick lived in Washington during a previous stint in the Trump administration, from January 2017 until March or April 2018, earning a $165,000 salary. He rejoined the VA in late October 2018 and started flying to Washington from California for two weeks out of every month, at taxpayer expense.

“It is unclear to me what role this person has at the VA, and why the VA is paying so much for him to travel back and forth,” House veterans committee chairman Mark Takano said in a statement responding to the expense reports. “The funding allocated to VA should be used efficiently and effectively to provide benefits and health care for our veterans.”

Like Selnick, outcoming FEMA Administrator Brock Long charged taxpayers for his regular trips home from Washington. Long, who agreed to reimburse the government after an investigation, resigned Wednesday.

There's a long tradition in Washington of members of Congress and political appointees splitting time between the capital and their home states. Rules about what expenses the government will cover versus what must be paid out of pocket vary widely depending the person's role and responsibilities.

Selnick's arrangement might violate the letter, or at least the spirit, of federal regulations, according to Walter Shaub, the former director of the U.S. Office of Government Ethics who has become an outspoken critic of the Trump administration. Ordinarily, an employee in the VA secretary's office would be based in Washington and therefore not entitled to paid travel to get there. However, the agency could cover Selnick's travel to Washington if his official work location, or “duty station,” were in California. Then the question would be why an adviser to the secretary belongs 2,700 miles away.

“It starts to look like they set his duty station in California just so he can have free flights,” Shaub said. “It may or may not violate a specific rule, but it would be a management decision that could be called wasteful, and the inspector general would likely fault them for that.”

In the records released to ProPublica, there is a line on Selnick's travel vouchers that is supposed to specify his duty station, but it was left blank.

Former VA Secretary David Shulkin was fired last year after the agency's inspector general said he misused resources on a trip to Europe. Shulkin disputed the inspector general's conclusions but agreed to pay back the government.

Trump says he's “done more for the vets than any president has done.” But he has stirred anxiety over privatizing the agency's hospital system, and has given sweeping influence over the agency to three associates at Mar-a-Lago.

Selnick has had extensive contact with the Mar-a-Lago trio: Marvel Entertainment chairman Ike Perlmutter, West Palm Beach physician Bruce Moskowitz, and lawyer Marc Sherman. In emails obtained by ProPublica last year, Selnick said he valued Moskowitz's input more than the views of VA experts. Selnick also assisted Moskowitz's push for the VA and Apple to adapt an app that Moskowitz developed for finding nearby medical services, according to the emails.

Selnick is a prominent critic of the VA's government-run health system. In between his time in government, he has worked for Concerned Veterans for America, a political group funded by conservative billionaires Charles and David Koch that has advocated for expanding private care for veterans. In 2016, Selnick signed onto a report that called the VA “seriously broken” with “no efficient path to repair it” and proposed shifting all veterans to the private sector.

“Darin Selnick should not be diverting money from the VA to fund his bicoastal crusade to privatize and destroy the VA,” J. David Cox Sr., national president of the American Federation of Government Employees, the union representing VA staff, said in a statement. “It's time for Mr. Selnick to come clean about his shadowy ties to unelected Trump advisers who are trying to dismantle the VA, as well as his cozy deal to commute across the country at taxpayers' expense.”

Perlmutter, Moskowitz and Sherman have denied seeking to dismantle the VA.

Last year, while working in the White House, Selnick negotiated with lawmakers on legislation to overhaul the VA's programs for referring veterans to private doctors. Selnick pushed for the VA to establish rules, known as access standards, that would automatically make some veterans eligible for private care.

Selnick then took a leading role in formulating those access standards: He reported directly to WIlkie and sat on an “executive steering committee” in charge of implementing the new legislation, according to an organization chart obtained by ProPublica. But his name disappeared from the chart when the VA provided a version of it to Congress at a December hearing. Selnick has not participated in any briefings with lawmakers or veterans groups.

The access standards that the VA proposed last month are poised to dramatically expand the pool of veterans who could obtain private medical care at government expense. But the agency has offered few details on how many veterans it expects will shift to the private sector or how much that will cost. Key lawmakers from both parties scolded the VA for its secrecy and asked for more information about the plan's development and impact.

In response to Selnick's expenses, Sen. John Boozman, R-Arkansas, said lawmakers will scrutinize the VA's use of taxpayer funds, while recognizing that the secretary is entitled to some discretion over his staff.

“It's important that Secretary Wilkie has trusted advisers implementing VA programs,” Boozman, who sits on the Senate veterans affairs panel and chairs the appropriations subcommittee responsible for the VA, said in a statement. “We will continue working as a committee to provide oversight and closely monitor how VA is spending its resources to ensure the success of its initiatives.”

SEE ALSO: A Federal Watchdog Is Reviewing The Influence Of Mar-A-Lago Club Members On The VA