Privatized VA Healthcare Will Look Like the Private Prison Industry

This afternoon the Senate Veterans Affairs Committee will hold its nomination hearing for Robert Wilke to be the new VA... 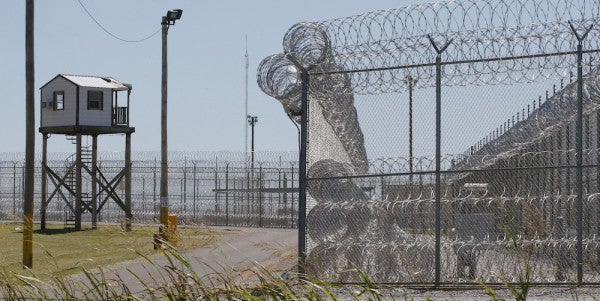 This afternoon the Senate Veterans Affairs Committee will hold its nomination hearing for Robert Wilke to be the new VA Secretary. The challenges facing whoever becomes the next VA secretary are many and they are wicked. Among the most challenging issues the new secretary will face is the requirement to manage the political environment around the idea of increasing the privatization of veteran healthcare. (Recently the term “privatization” has fallen out of the lexicon in favor of a more focus-group approved term, “community care”.)

When the president fired the head of the Department of Veterans Affairs in March the overriding cause appeared to be that Secretary Shulkin was not moving fast enough to increase private options for veteran healthcare.

To be fair, that criticism was accurate.

During his year as the Secretary, Dr. Shulkin expanded the VA Choice Program, which is designed to use private sector health systems when wait-times are too long or medical specialties are not available through the Veterans Health Administration (VHA). But he was loathe to move further down the road of privatization. As he wrote in the New York Times on March 28, 2018, “Working with community providers to adequately ensure that veterans’ needs are met is a good practice. But privatization leading to the dismantling of the department’s extensive healthcare system is a terrible idea.”

As a veteran who uses VA healthcare and a Veterans Studies professor, I have been trying to better understand the distinction noted in Dr. Shulkin’s statement for myself and my students. What are the possibilities and the perils of privatized veteran health care?

At first glance, it makes sense that the private sector — with competition, innovation and a ready pool of talent — could help a Veteran Health Administration that continues to struggle under an unwieldy administrative structure and a patient load that is larger than any healthcare network in the country.

But upon further consideration, military-related health care may be so specific that the expertise developed in the VA can’t be replicated in private practice. Also, isn’t the health of those who have served on our behalf inherently a governmental responsibility, not a for-profit endeavor?

As I searched for an analog, I stumbled upon another intrinsically governmental responsibility that is regularly contracted to the private sector: incarceration. In 2017 there were over 125,000 Americans incarcerated in the $5 billion for-profit prison sector. That figure does not count the tens of thousands of people held in privately run immigration detention centers.

As we consider what privatized veteran healthcare might look like, reviewing the record of the privatized prison sector may be instructive.

In theory, private prisons solve a problem for the government. When there are too many prisoners and not enough prison cells, private companies fill the gap. Private companies are more nimble. They can establish new prisons far faster than the government can get a new prison-approved, funded and built. And because they are profit-driven, private companies can respond quickly to contract requirements and changing circumstances. The competition in the private sector should ensure that the most efficient and most effective companies get contracts, while bloated and ineffective companies go bankrupt. Finally, when the “demand” is low, private prisons can be closed as quickly as they were established. Given this, it would seem that privatizing our incarceration facilities minimizes government expenses while increasing capacity.

In practice, however, the track record of private prisons is not good. They tend to be less competitive, more opaque, more expensive, and uninterested in rehabilitation. By these measures, private prisons are actually worse than public ones.

The private prison sector is uncompetitive. After decades of mergers and acquisitions, there are essentially only two (massive) private prison firms, CoreCivic (formerly Corrections Corporation of America) and GEO Group. These firms trade in the same employee and management pool, processes and outcomes. This duopoly doesn’t provide the government with a legitimate market for its business.

Yes, public prisons have problems. The April 16thriot at Lee Correctional Institution in South Carolina highlights the serious (and dangerous) nature of this business. But at least infractions at public institutions are subject to public scrutiny, often leading to governmental action. In private prisons, public knowledge about internal operations are a business risk. These prisons appear more likely to have internal violence and the public is less likely to know about it. The private prison sector is so opaque that it does not respond to the most basic tenet of governmental openness – the Freedom of Information Act. Congress has tried (and failed) six times to make private correction facilities subject to FOIA requests.

Private prisons have a higher rate of prison escapes and inmate violence. Further, there is some evidence that private prisons don’t accept prisoners that may cost extra. Inmates with greater health needs are avoided because they are deemed less profitable.

Most importantly, private prisons have no incentive to rehabilitate. When a firm’s revenue stream is based on filled prison beds, programs to help prisoners return to society decline and time-based penalties for prison infractions increase. The small print on the last page of GEO Group’s 2017 annual report lists “our ability to activate the inactive beds” and “our ability to maintain or increase occupancy rates” as threats to their profitability.

Veteran healthcare is expensive and its administration is cumbersome, just like incarceration. But as long as the government is intimately engaged in the process, the veteran is the consumer. Shift to a privatized model and the veteran becomes a product to be monetized. Just as the incentive to rehabilitate prisoners is diminished in the for-profit prison system, the incentive to create treatments that actually heal veterans might be removed in favor of positive quarterly stockholder reports.

In many ways, veteran healthcare is different than civilian healthcare. The veteran population is aging with a health profile rarely seen in the private health industry. Massive privatization may mean losing governmental expertise in brain injury, trauma, burns, chemical and environmental exposure, infectious disease, and hearing loss. Because some veteran health issues are “unprofitable,” we can assume that the private sector will not be interested in maintaining expertise in those fields. What happens to the injured veteran when specific expertise is lost in both public and private sectors?

Veteran health issues are not all chronic. In the VHA, veterans can and do heal. They get better and move on with their lives knowing the safety net earned through honorable military service remains. In a setting where the patient is the product, the incentives to heal or to undertake long-term medical strategies are greatly diminished.

Finally and maybe most importantly, it appears that the VA may actually be better than private sector health systems. For all of the high profile coverage of failures and mismanagement at VHA facilities, a recent study determined that the VHA actually performs better than or similar to other health care systems in many areas. This favorable comparison includes wait times.

Our commitment to veteran healthcare is not new. In his second inaugural address, Abraham Lincoln identified the moral argument for the government’s involvement in veteran health. He said: “…let us strive on to finish the work we are in, to bind up the nation’s wounds, to care for him who shall have borne the battle and for his widow, and his orphan.” If sending our men and women to war is among the most serious decisions a society can make, then taking care of those injured by that decision must continue to be a societal imperative. That imperative should not be subcontracted away from the government without long and thoughtful deliberation.

Jim Craig is an Associate Teaching Professor at the University of Missouri-St. Louis and the founding Chair of the Department of Military and Veterans Studies. He is a retired infantry officer with deployment time in Iraq and cubicle time on the Army staff. He considers himself lucky because a Rumsfeld “snowflake” once fell onto his very small desk.