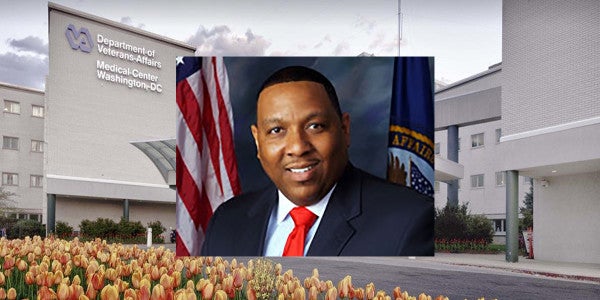 “We at VA will use the authorities available to ensure our veterans get the highest quality service and care possible,” VA Secretary David Shulkin said in a written statement Wednesday announcing the second firing, which followed a federal board forcing the agency to take the director back last month. “This is the right decision for veterans in D.C. and employees at the medical center.”

Brian Hawkins led the Washington DC VA Medical Center when the inspector general's office issued a scathing report in April detailing unsterile conditions and instances of the hospital running out of necessary medical equipment. The hospital was putting veterans at “unnecessary risk,” the report stated.

Shulkin removed Hawkins from the position immediately following the report and fired him July 28 for “failing to provide effective leadership,” the VA said.

The Merit Systems Protection Board, which hears appeals from terminated federal employees, ordered the VA on Aug. 2 to reinstate Hawkins as medical director. The board's sole member, Mark Robbins, issued a 45-day stay on Hawkins' firing while the U.S. Office of Special Counsel reviewed whether the dismissal violated civil-service protections.

Shulkin vowed at the time to fire Hawkins again.

Trump signed the bipartisan VA Accountability and Whistleblower Protection Act in June. The legislation created more repercussions and a faster firing process for VA employees, and it lowered the standard for evidence that the VA needs before it takes disciplinary action.

Lawmakers created the legislation with the intention of restoring veterans' trust in the VA by rooting out a perceived culture of corruption in the department.

Evidence for Hawkins' first dismissal was collected with the old law still in place. The new law — and a new inspector general's report — gave Shulkin the authority to fire him again, the VA said.

The VA inspector general released more findings in August that Hawkins sent sensitive information to private email accounts belonging to him and his wife.

The office found the emails while investigating whether Hawkins had purposefully delayed an Administrative Investigative Board inquiry about thousands of dollars in employee bonuses given without justification. Though the inspector general found the investigation into the bonuses was delayed by hospital personnel, the office did not confirm Hawkins had impeded it. Inspectors did determine he sent sensitive personnel information to his spouse — a violation of VA policy.

The VA said Wednesday that it began the process of firing Hawkins again after the report was released.