Sen. Dick Durbin (D-Ill.) sent a letter on Thursday to Defense Secretary Mark Esper and Chairman of the Joint Chiefs of Staff Gen. Mark Milley, requesting an "immediate" review of the treatment of women and people of color in the military. 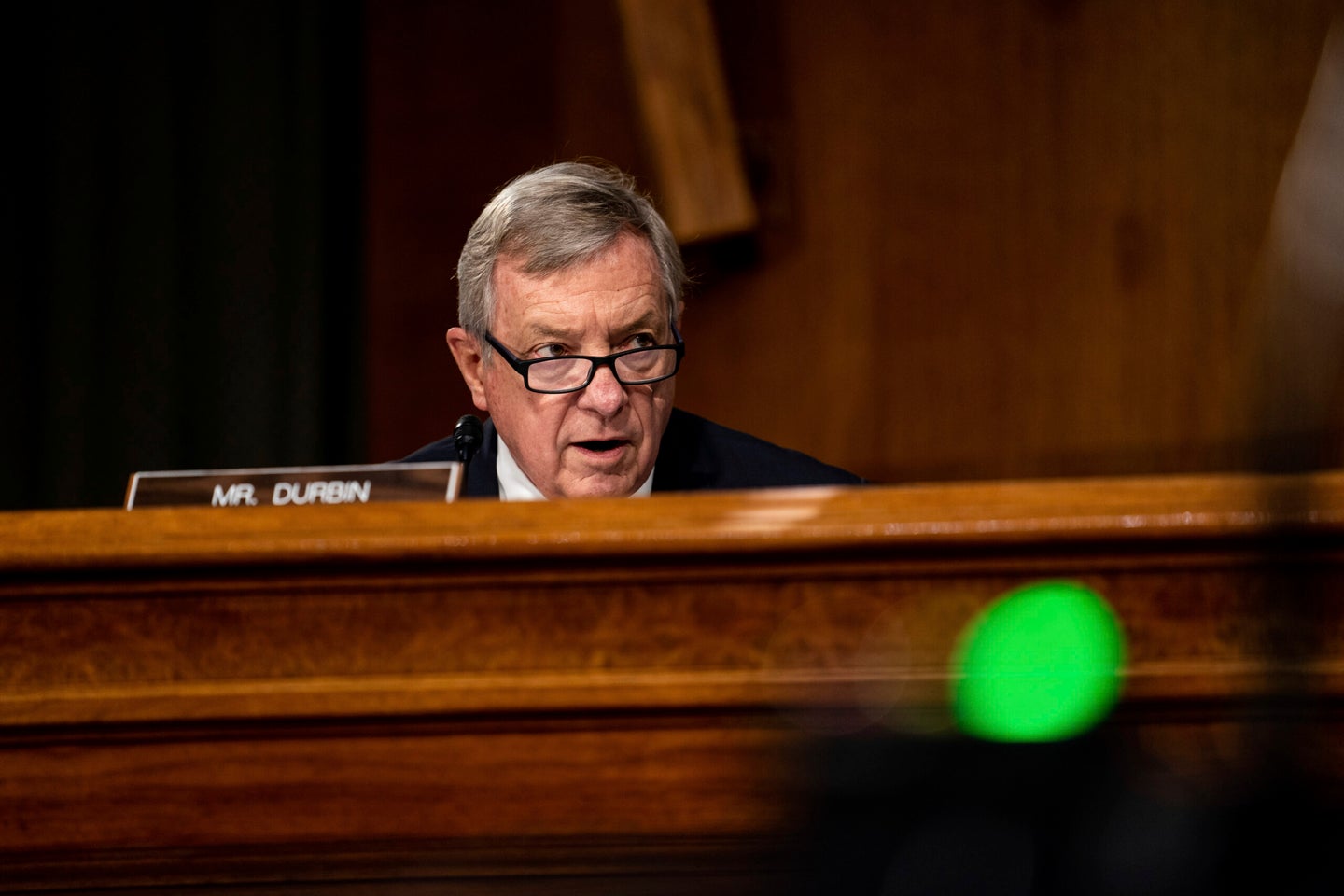 Sen. Dick Durbin (D-Ill.) has requested an “immediate” review of the U.S. military's treatment of women and minorities in the ranks, joining a chorus of voices putting pressure on the Pentagon in the aftermath of the killing of Army Spc. Vanessa Guillén.

“The Armed Forces have often been represented as an institution that is immune to questions of justice that impact our society as a whole, as the merit-based system of performance and promotions seeks to be blind to the identity of service members,” Durbin, the second highest-ranking Democrat in the Senate, wrote in a letter sent on Thursday to Defense Secretary Mark Esper and Chairman of the Joint Chiefs of Staff Gen. Mark Milley. “There are ample reasons to question whether this claim stands up to scrutiny.”

Durbin's letter joins several others from Congress who have called for reviews and investigations, both internal and from outside agencies, since the death of Guillén, who was allegedly murdered by another soldier in Fort Hood, Texas.

Some of those calls have already been answered: Army Secretary Ryan McCarthy announced last week that he was ordering an “independent and comprehensive” review of command climate at Fort Hood.

The National President of the League of United Latin American Citizens (LULAC), Domingo Garcia, told reporters last week that he discussed with McCarthy another “independent commission” that would look into sexual assault and harassment in the Army.

But in his letter on Thursday, Durbin told Esper and Milley that assault and harassment “remains a significant problem for service members,” pointing at both Guillén's case and a case unfolding in his home state.

A two-star Army Reserve command in Illinois, the 416th Theater Engineer Command, is currently being investigated by the Army over allegations that leadership mishandled sexual assault and harassment complaints.

Durbin and his colleague Sen. Tammy Duckworth (D-Ill.) both wrote to McCarthy earlier this year, demanding an investigation from the Army into the “troubling charges” brought against the 416th.

Maj. Gen. Miyako Schanley, the commander of the 416th, was suspended in June.

“While these individual efforts are each making a difference,” Durbin wrote on Thursday. “Only the leadership of the Department of Defense can initiate a serious, top-to-bottom review of how the Armed Forces can reach the ideals of equality, fairness, and justice, which we owe to all Americans who take the oath of service to our military.”