The Iraq veteran who stole a truck to rescue dozens of Las Vegas shooting victims should never have to steal a truck... 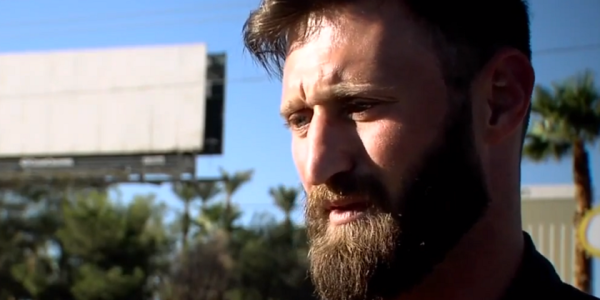 The Iraq veteran who stole a truck to rescue dozens of Las Vegas shooting victims should never have to steal a truck again.

Now, thanks to an Arizona car dealership, he has a new truck of his own.

B5 Motors would like to give #vegashero Taylor Winston a free truck. Please help us find him. #HelpB5MotorsfindTaylorWinston pic.twitter.com/2dJICGLvyI

“Most of us would have ran and never came back,” Shane Beus, owner of B5 Motors in Gilbert, Arizona, told CNN. “His military training allowed him to think in a split second what to do.”

On Monday, Oct. 9, just five days after the search for Winston started, the dealership posted a Facebook Live video showing him driving away from B5 Motors in his new, silver truck.

“My message is that I hope people will recognize the heroism in him and others and become selfless,” Beus said. “It’s kinda what America is about, helping others.”

In exchange for his new truck, KSHB reported that Winston will be selling his current vehicle and donating the proceeds to victims of the shooting.