Holiday travel would be a lot easier for 90-year-old army veteran David Mayer if he didn’t keep getting confused for... 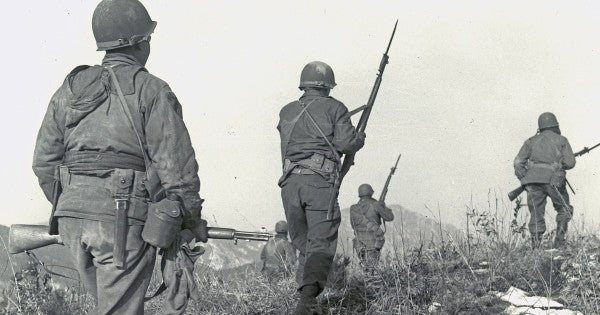 Holiday travel would be a lot easier for 90-year-old army veteran David Mayer if he didn’t keep getting confused for ISIS terror suspect Akhmed the One-armed.

Mayer, who served as a U.S. lieutenant in Korea and has since worked as emeritus professor of drama at Manchester University, tells U.K’s The Guardian newspaper that his life was made a lot more complicated in 2015 after Chechen militant Akhmed Chatayev adopted the alias David Mayer and was put on a terror watch list.

Chatayev, whose friends called him Akhmed the One-armed, was suspected in plotting a 2016 terror attack at an Istanbul airport that left 41 people dead. It doesn’t seem to matter that Akhmen was killed in a police raid around this time last year.

According to the embattled drama teacher who still has that name, he has had at least one travel plan significantly altered by the confusion over his name and has also been denied packages when he’s tried ordering innocuous items like vintage movie posters online.

“I’m helpless,” said Mayer, claiming shipments from the United States to his home in England are the most problematic. “What I don’t know is how many other people are caught up in this. Imagine the disruption if he had been using a name like John Smith? It’s astonishing.”

Mayer said his professional life has also been impacted by the bizarre identity crisis.

“I’m not receiving letters, not informed of conferences, and I publish books in America and essays,” he said. “This makes it hard trying to deal with editors.”

When he tried travelling to the U.S. last year, Mayer said he checked his flight status online and was informed her was not allowed to fly. He said he was cleared after bringing documentation to the airports showing he served in the U.S military shortly after World War 2.

“I now keep my army discharge certificate with my passport, in case anyone queries my nationality, and that I was once many years ago a lieutenant in the US army,” he said.

The U.S. embassy reportedly directed The Guardian to online forms that should remedy the problem. Mayer told The Guardian he’s made attempts to remedy the package problem through the U.S. Postal Service to no avail.

WATCH: This Weird Fighter Got The First Air-To-Air Kill Of The Korean War