A veteran who threatened to murder Rep. Frank LoBiondo and his staff after he was denied a meeting with the congressman to discuss his medical care was sentenced Thursday to over seven years in prison, U.S. Attorney Craig Carpenito announced Friday 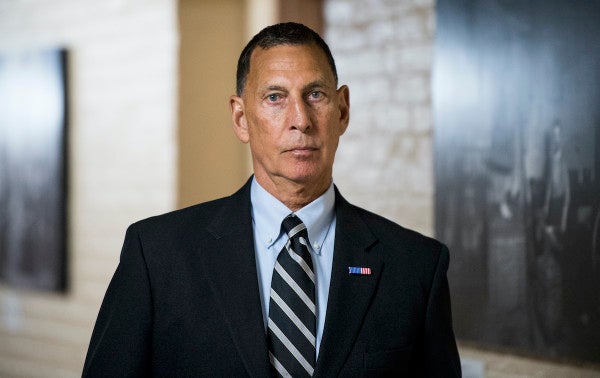 A veteran who threatened to murder Rep. Frank LoBiondo and his staff after he was denied a meeting with the congressman to discuss his medical care was sentenced Thursday to over seven years in prison, U.S. Attorney Craig Carpenito announced Friday.

Joseph Brodie, 40, of Millville, was convicted last year of two counts of making an email threat to murder LoBiondo, his chief of staff, his veterans affairs liaison, and all of the other staff of the Mays Landing office, authorities said.

Brodie contacted the office in Spring 2017 and asked for help with the medical care and treatment he received from the veterans affairs department and arranged meetings with the help of the congressman's Veterans Affairs liaison and a caseworkers, federal prosecutors said.

However, when LoBiondo's chief of staff, on a phone call, denied him a meeting with the congressman, Brodie turned violent and called him a “a dead man,” officials said.

An hour and a half later, he sent an email threatening LoBiondo's staffers and the congressman, and demanded a “face-to-face” meeting. Plus, Brodie remarked in the email how easy it would be to find the congressman's Mays Landing office, and included a map of the area, according to a statement from Carpenito.

In the email, Brodie, a veteran of the Army and Marine Corps, wrote “t even shows the environment and surrounding terrain, parking lots, wooded areas, etc., (like the kind a highly trained Combat Infantryman would use)…”

Brodie also texted his fiancee the same day and wrote of being “prepared” for any law enforcement officers who might visit his home and vowed not to surrender, Carpenito said.

“I wanna die in a gunfight. I won't surrender… it's not in me. I'll give them a chance to leave, if not…it'll be First Blood part II type sh– (in case you never saw that Rambo movie.),” he texted, according to the statement. He went on to say he was going to kill the chief of staff and told his fiancee there would be a “blood bath.”

A week later later Brodie confessed to the FBI that he made the phone and email threats, federal prosecutors said.

Investigators also discovered that Brodie owned several firearms and had a “large amount” of ammo at his home, the statement said.