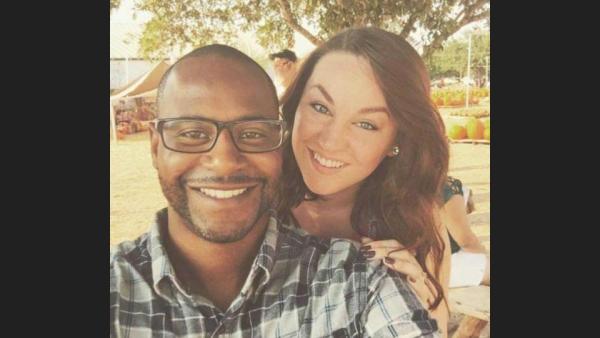 The assault occurred around 2 a.m. Sunday and resulted in the death of 33-year-old Air Force veteran Marques Johnson.

Marshall was in the Travis County Jail on charges of manslaughter and unrelated charge of assault on a public servant. He is being held on a combined $150,000 bail.

According the affidavit, Johnson and his wife were on Sixth Street early Sunday morning celebrating a friend’s birthday. One witness told officers that Johnson “bumped into someone” and was then punched by a man she later identified as Marshall.

A second witness reported to detectives that an unidentified man threw “a piece of pizza” at Johnson, which prompted him to turn around and ask who threw the pizza.

At that point, the witness told police, Johnson was punched and hit the ground. The second witness later identified Marshall as the attacker, the affidavit said.

Both witnesses told police Johnson was knocked unconscious by the one blow, according to court documents.

Officers said their case against Marshall was buttressed by a tipster’s video of the moments immediately after the punch that showed Marshall walking backwards and away from Johnson’s body, which lay on the street.

Medics quickly arrived at the scene and rushed Johnson to Dell Seton Medical Center downtown, where he died Monday afternoon.

Detectives found Marshall already been booked into the Travis County Jail on an unrelated charge after police accused him of assaulting a security guard at Dell Seton — the same hospital that treated Johnson.

According to the affidavit, Marshall was identified by witnesses after police released surveillance footage of the suspect Wednesday.

Marshall’s criminal record includes five arrests related to violent behavior. In 2009 and 2010, he was arrested on separate domestic violence charges, for which he pleaded guilty and was convicted, arrested and convicted in 2014 of making a terroristic threat; and once again in 2016 for harassing a public servant.

Johnson’s widow, Ashley, posted on Facebook Wednesday that she found comfort and support from their young son.

“You led our marriage by putting our family first and you were always there to greet me with a warm hug after a long day. Our life together was the best four years anyone could've given me,” she wrote. “I'm begging you,” she added, “please come haunt me every now and then. (…) I love you babe, always and forever.”

The Air Force veteran, she told friends, made sure his organs would be donated to help others.