"It is disconcerting to see the numbers going up." 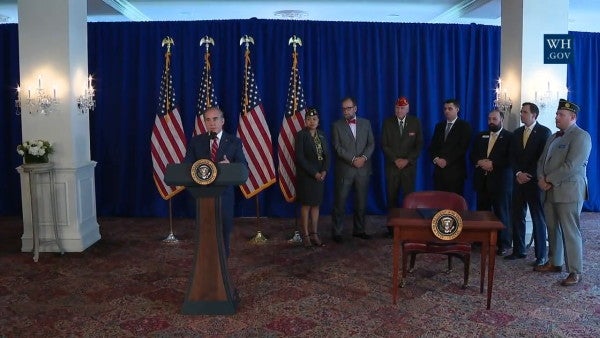 The unemployment rate for post-9/11 veterans went up to 4.5% in September, standing out as an exception in a Labor Department report that showed overall joblessness at a 50-year low of 3.5%.

The unemployment rate for post-9/11 veterans, who are classified as “Gulf War-era II veterans” by the Bureau of Labor Statistics, contrasted with the 3.1% rate for all veterans, the BLS said in its monthly report.

It was the fifth time in the last six months that the unemployment rate for post-9/11 veterans has gone up, according to BLS.

For all Americans, veteran and civilian, the unemployment rate is the lowest since 1969, the BLS report said.

President Donald Trump seized on the glowing jobs report to discredit the House impeachment inquiry over allegations that he sought to pressure Ukraine to dig up dirt on potential 2020 rival Joe Biden.

In a tweet, Trump said, “Breaking News: Unemployment Rate, at 3.5%, drops to a 50 YEAR LOW. Wow America, lets impeach your President (even though he did nothing wrong!).”

For World War II, Korea and Vietnam veterans, the unemployment rate in September was 2.2%, compared to 3.8% in September 2018.

“It is disconcerting to see the numbers going up” for post-9/11 veterans, said Jeremy Butler, chief executive officer of Iraq and Afghanistan Veterans of America.

“I guess it has a lot to do with the fact that a lot of companies are still struggling with what veterans can bring to their organizations,” said Butler, a reserve
Navy commander. “We know for a fact that veterans bring so much to the civilian workforce.”

Butler also speculated that many veterans looking for work are also searching for the sense of mission and teamwork that they felt in the military.

In his statement on the report, William Beach, the BLS commissioner, said the overall 3.5% unemployment rate in September was down from 3.7% in August.

“Among the unemployed, the number of people searching for work for 27 weeks or more was little changed at 1.3 million in September,” Beach said. “These long-term unemployed accounted for 22.7% of the unemployed.”