The Department of Veterans Affairs made public July 7 a list of employee terminations, demotions, and suspensions that it will... 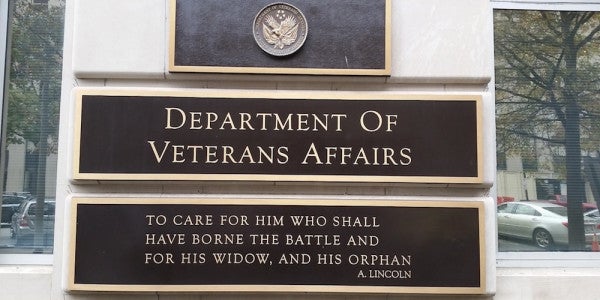 The Department of Veterans Affairs made public July 7 a list of employee terminations, demotions, and suspensions that it will update weekly, which agency officials said is an attempt at transparency following action by Congress to give the VA secretary unprecedented disciplinary power.

Veterans and anyone else interested can now see a list of disciplinary actions taken against VA employees since President Donald Trump took office Jan. 20. The list can be found at va.gov/accountability.

“Veterans and taxpayers have a right to know what we’re doing to hold our employees accountable and make our personnel actions transparent,” VA Secretary David Shulkin said in written statement. “Posting this information online for all to see, and updating it weekly, will do just that.”

The list, posted online Friday, contained the occupation, VA region, the date and type of disciplinary action for approximately 800 VA employees disciplined since Jan. 20. For privacy reasons, the VA is not posting employees’ names.

The initiative is part of the new VA Office of Accountability and Whistleblower Protection that Trump created in April with an executive order. Navy and Air Force veteran Peter O’Rourke is directing the office and advising Shulkin on the discipline of VA managers and employees.

Shulkin gained more firing authority after Trump signed legislation June 23 establishing more repercussions and a faster firing process for VA employees. Trump, Shulkin, and many veterans and supporters of the legislation said the new rules would allow the VA to root out poor-performing employees and a perceived culture of corruption in the department.

The VA’s move to make disciplinary action public information will “shine a light on the actions we’re taking to reform the culture at VA,” Shulkin said in the statement.

Shulkin also announced Friday that he would require a senior VA official to approve employee settlement agreements of more than $5,000.

Members of Congress expressed skepticism last year that the VA was overusing employee settlements to silence whistleblowers. A congressional inquiry found the VA had paid $5 million to settle disciplinary action disagreements between July 2014 and September 2016, Federal News Radio reported at the time.

Shulkin said the VA would settle with employees “only when they clearly have been wronged or when settlement is otherwise in veterans’ and taxpayers’ best interests.” “We’re changing to a culture of accountability at VA, and this is an important step in that direction,” he said.