The Department of Veterans Affairs announced Thursday that it would begin offering emergency mental health services starting July 5 to... 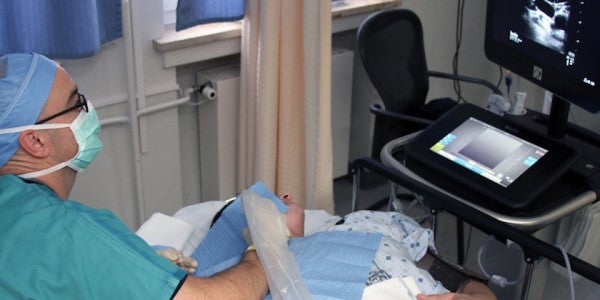 The Department of Veterans Affairs announced Thursday that it would begin offering emergency mental health services starting July 5 to veterans with other-than-honorable discharges – following through on a departmental change that VA Secretary David Shulkin promised in March.

The change acknowledges the population of veterans has been denied needed care, but it doesn’t go far enough, according to a report released last week from Brown University and a statement from Vietnam Veterans of America, which has advocated for years on behalf of “bad paper” veterans.

“I applaud the VA for saying they’re not taking care of all the veterans and denying care. It’s a great first step,” said Ali Tayyeb, a Navy veteran and the co-author of Brown University’s June 20 report. “But it falls short of what the veterans community needs. It falls way short.”

Starting July 5, all VA medical centers will treat veterans who show up with an urgent need for mental health care. Veterans with other-than-honorable discharges can receive mental health care for up to 90 days, according to a VA statement. During the 90 days, the VA will determine whether the veteran’s mental health condition is the result of an injury incurred during their military service. If so, the veteran could be eligible for continued VA care.

“We want these former servicemembers to know there is someplace they can turn if they are facing a mental health emergency — whether it means urgent care at a VA emergency department, a vet center or through the Veterans Crisis Line,” Shulkin said in the statement.

During his first appearance before the House Committee on Veterans’ Affairs on March 8, Shulkin promised the change as a suicide prevention effort. He also said he’d open up the Veterans Crisis Line to veterans with other-than-honorable discharges, as well as counseling at about 300 vet centers across the country.

The March announcement drew applause from the committee, and advocates said it was a step toward righting a wrong. Some lawmakers and veterans advocates have long argued servicemembers with bad paper were, in many cases, unjustly released from the military because of mental health issues.

More than 13,000 servicemembers separated from the military for misconduct in recent years suffered from post-traumatic stress disorder, traumatic brain injury or another disorder and were prevented from receiving treatment from the VA because of their discharge status, according to a report from the Government Accountability Office released in May. Most of the servicemembers were given a “general” discharge, making them ineligible for some VA services. But 13,283 were given the more stringent “other-than-honorable” discharge, which disqualifies them from receiving VA health care.

“Previous VA secretaries have allowed the problem of denying health care to veterans with so-called ‘bad paper’ discharges fester,” Vietnam Veterans of America President John Rowan said in a statement. “[Shulkin is] working to correct the VA’s self-imposed policies, which have denied care to our most vulnerable veterans for decades.”

The changes to provide emergency mental health care at medical centers, vet centers and through the Veterans Crisis Line could have already been in place at the VA, Tayyeb said.

The report from Brown University states vet centers have been open to veterans with bad paper discharges since they were first implemented in the 1970s. VA emergency rooms could’ve already provided emergency mental health care to all veterans under the VA’s rules on humanitarian care, and the Veterans Crisis Line did not previously ask veterans about their discharge status before counseling them.

“While Shulkin’s announcement represents a watershed moment… reforms currently on the table are far too limited, simply codifying a number of things the VA already informally does for veterans experiencing mental health crises,” the report reads. “Much more expansive changes are necessary.”

While Vietnam Veterans of America praised the changes, the group also asked for more to be done.

Along with the Veterans Legal Services Clinic at Harvard Law School and the San Francisco-based veterans organization Swords to Plowshares, Vietnam Veterans of America drafted legislation titled, the “Leave No Veteran Behind Act.”

According to a copy of the proposal shared with Stars and Stripes, the bill would expand services offered by vet centers, mandate the VA open health care to veterans who suffered military sexual trauma regardless of discharge status, and make veterans with bad paper discharges eligible for disability compensation if they honorably completed at least one enlistment.

It would also require front-line VA staff be trained on eligibility criteria and mandate the VA to publish an annual report on veterans with bad paper discharges and their ability to access VA health care, as well as to study the effect of discharge status on veterans’ risk of suicide.

The organizations sent the proposal to the VA and the House and Senate veterans affairs committees.

Tayyeb said the proposals in the draft would take “additional steps” to expand care. But he said Congress should also introduce legislation to limit how many bad paper discharges that the Defense Department issues.

According to a 2015 study from Swords to Plowshares, the number of other-than-honorable discharges has grown steadily since World War II, from 1 percent to nearly 6 percent of post-9/11 veterans.

“We’re trying to fix the issue after it has already happened,” Tayyeb said. “It’s like, after the meat has been put in the meat grinder, trying to put it together again. It’s best if we just didn’t put the meat in the grinder to begin with.”